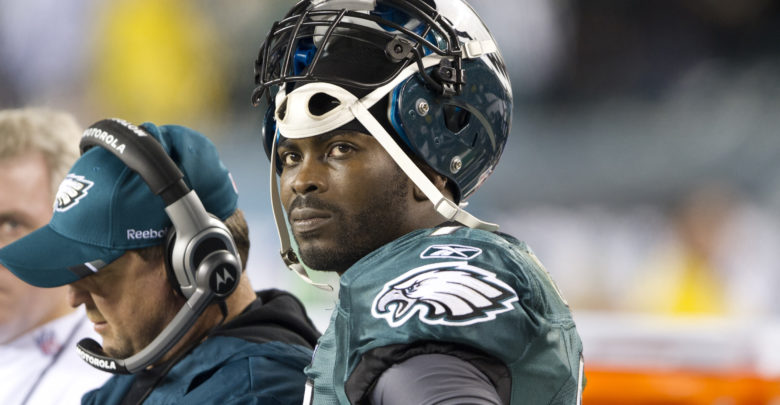 Last January, ESPN ran an ad during the College Football Playoff National Championship spotlighting several upcoming 30 for 30 subjects. Several of those films have since aired, covering Janet Guthrie, Dennis Rodman, Chuck Liddell and Tito Ortiz, and some still haven’t been formally announced (those covering Lance Armstrong and Florence Griffith-Joyner), but one that’s sure to get a lot of attention had its premiere dates announced Thursday. That’s going to be Vick, a two-part documentary on former college and NFL quarterback Michael Vick and his ups and downs, from college stardom to NFL success to jail time for his role in running a dogfighting ring to his eventual return to the NFL.

Vick will have part one air on ESPN on Thursday, January 30, at 9 p.m. ET, with part two following a week later on Thursday, February 6, at 9 p.m. ET.  It’s directed by Stanley Nelson (Miles Davis: Birth of the Cool, Tell Them We Are Rising: The Story of Black Colleges and Universities), and it sounds like it’s going to explore not just Vick’s individual story, but the larger context around it. Here’s more from ESPN’s release:

Beginning with his emergence as a high school star in Newport News, Virginia, “Vick” traces the quarterback’s rise as a college football phenomenon and then number-one overall draft pick of the Atlanta Falcons – the first time an African-American quarterback was selected with the top pick. In the NFL, Vick would stand out not just for his singular athleticism, but also for his standing as a cultural icon, a star who refused to turn his back on the friends who’d been with him since the beginning. Ultimately, it would be that refusal that would portend his downfall.

Vick quickly went from superstar athlete to national pariah; from one of the most popular players in the NFL – and all of sports – to a man as ostracized as virtually any public figure in America. Yet Vick’s style of play would revolutionize the position of quarterback, and his success on the field would open doors for other black quarterbacks to follow.

…“As a historical documentary filmmaker, I was interested in placing Michael Vick’s life within larger historical narratives – narratives about race and sports, poverty and power, and about the criminal justice system,” said director Nelson. “In the film, we get to see how Vick’s childhood affects the choices he makes, as well as how these larger social forces shape his trajectory. I hope that viewers of the film can gain a fuller understanding of the social context that gave rise to Vick’s story, as well as its reverberating impact.”

This isn’t the first multi-part 30 for 30, but it’s interesting to see one with a second installment a full week later. Celtics-Lakers: Best of Enemies was three parts and five hours total, but aired on consecutive nights, and OJ: Made In America was five parts and eight hours, but those parts aired within the course of a week. However, there’s maybe some logic to putting both installments on the same day of the week at the same time (similar to how lots of broadcast TV shows work), and this documentary featuring some darker subject matter than many 30 for 30 installments may add to the desire to spread it out a bit.

And on the subject matter front, it’s certainly interesting to read Nelson’s comments about the larger historical narratives here and how he hopes to incorporate those. OJ: Made In America found great success with that approach, even winning ESPN’s first Oscar. And there’s definitely some merit to discussing that around Vick; it’s notable that the previous documentary on him, Bleacher Report’s 2016 film (also titled Vick), did a lot of things well and included hip-hop artists talking about Vick, but didn’t include much in the way of quotes from him on his relationships with that community or with his friends in Virginia. Perhaps this will have more on that front.

It’s worth keeping an eye on how this is received on a couple of levels, though. First, there’s the “no politics” insistence at ESPN; of course, it hasn’t really been the documentaries that have been criticized for politics so far, and OJ: Made In America in particular (and a few others) did definitely dive into politics at some points. But Vick is quite a controversial figure in his own right, and there’s still often a lot of backlash to anything involving him.