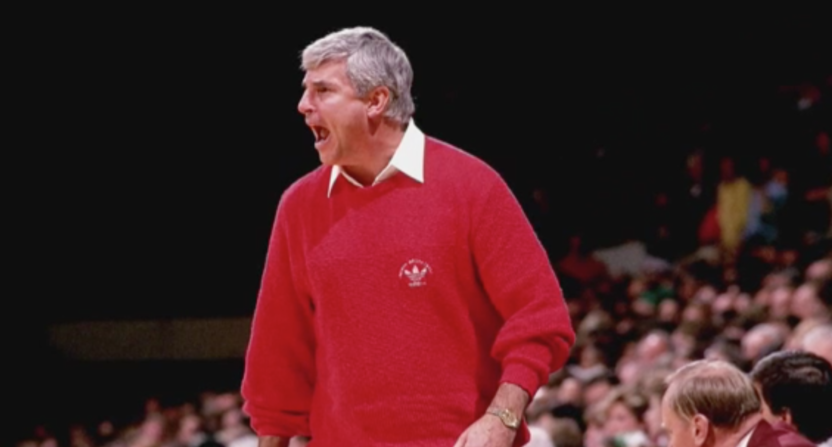 As the April 12 launch of ESPN+ approaches, ESPN is offering a clearer and clearer sense of what its new digital service will feature. The network has indicated that ESPN+, which will cost $4.99 a month, will include loads of live events, as well as studio coverage and on-demand offerings.

On Tuesday, ESPN announced that the service will also feature a full library of 30 for 30 documentaries and will exclusively carry a new film on former Indiana coach Bob Knight called “The Last Days of Knight.”

ESPN also said it will produce “other projects and docuseries” to stream exclusively on ESPN+, suggesting it views the OTT platform as a hub of ESPN Films content.

As for “The Last Days of Knight,” the newest 30 for 30 film will hone in on the revelation in 1999 that top players were fleeing Knight’s Indiana program amid the coach’s many abuses. The documentary is directed and narrated by Robert Abbott, the CNN producer who investigated the story nearly 20 years ago and revealed that Knight had choked guard Neil Reed.

IT’S OFFICIAL! Our next film “The Last Days of Knight” will premiere and start streaming April 12 on ESPN+ pic.twitter.com/lU70gUyl3X

“As I dug through my old reporters’ notebooks and research, and began to take viewers on the journalistic journey that my boss Steve Robinson started me on 19 years ago, I was amazed at how much of the story had never been told before,” Abbott said in a release.

“Bob Knight was an extraordinary coach, a giant in the sport, and a hero in Indiana. ‘The Last Days of Knight’ describes in detail how and why Knight’s storied career at Indiana ended the way it did. It also finally tells the story of why Neil Reed went public with me, and how that decision changed his life.”

As you might expect, fans are already peeved that “The Last Days of Knight” will air exclusively on ESPN+ and not on linear television, which should be a recurring theme every time ESPN streams exclusive content on the OTT service. We can already see the tweets now complaining about 30 for 30 films being pulled off Netflix and placed on ESPN+.

Ultimately, ESPN will face the same challenge with ESPN+ that every outlet faces when it launches a premium service: how to make the new product worthwhile without too greatly angering the existing audience. “The Last Days of Knight” will be an early indication of how effectively the network can walk that line.