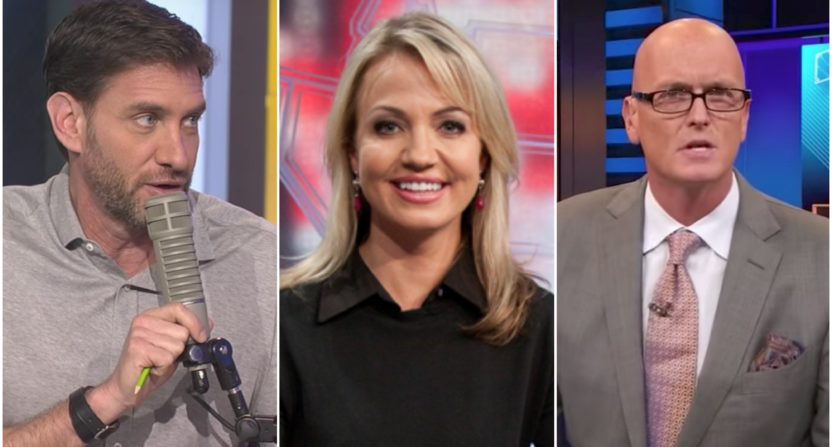 On Monday, The Hollywood Reporter reported that ESPN plans to give Michelle Beadle and Jalen Rose prominent roles on the new morning show to be hosted by Mike Greenberg. To make that arrangement work, Beadle will likely give up SportsNation, and though she and Rose will remain on NBA Countdown “for now,” that could change.

These moves make clear is that ESPN is serious about its new show. In diverting two high-profile and high-paid personalities to Greenberg’s program, the network is showing its commitment to owning the mornings, just as it has previously shown a commitment to winning the late-night slot with Scott Van Pelt’s SportsCenter. In fact, the last few years of personnel decisions in Bristol suggest ESPN is employing a sort of bookend strategy, in which the early and late windows take priority over almost every other show on the network’s airwaves.

Think of all the partnerships ESPN has sacrificed for the sake of the program you wake up to and the one you go to sleep to. To make Van Pelt the host of his own late-night show, they ended the highly successful SVP & Russillo show Van Pelt co-hosted on ESPN Radio. To make Greenberg the host of the forthcoming morning show, they broke apart the even more successful Mike & Mike dynasty.

Now, to add Beadle and Rose to the mix, they are likely separating the former from her popular afternoon show, possibly divorcing the latter from his Jalen & Jacoby radio show and maybe pulling the duo off the network’s marquee NBA show. This isn’t shifting Jemele Hill and Michael Smith back a few hours and giving them a bigger studio and a wide audience. This is inventing a new show and a new dynamic from scratch, while tearing down some highly successful status quos.

ESPN’s bet paid off with Van Pelt; his show is generally well-liked and well-watched. But that doesn’t mean there isn’t risk in going all-in with Greenberg and company. If the market doesn’t emerge for a sports-talk morning TV show, if viewers cry out for a return to highlights-centric programming or if the chemistry doesn’t work between the hosts, ESPN will have dismantled three or four shows for an unsuccessful venture. The fact that the network is taking that risk shows just how important Greenberg’s show is to people in charge.

We’re now several years into ESPN’s plan to turn its SportsCenter franchise into a series of individualized shows catered to the personalities that front them, and although Greenberg’s show might not carry “SportsCenter” branding, it will follow in that same spirit. In the glory days of SportsCenter, the show was destination television for early birds and night owls alike. Then, ESPN’s currency was highlights. Now, its currency is discussion and personality. Still, the emphasis on the morning and the nighttime is strong as ever.