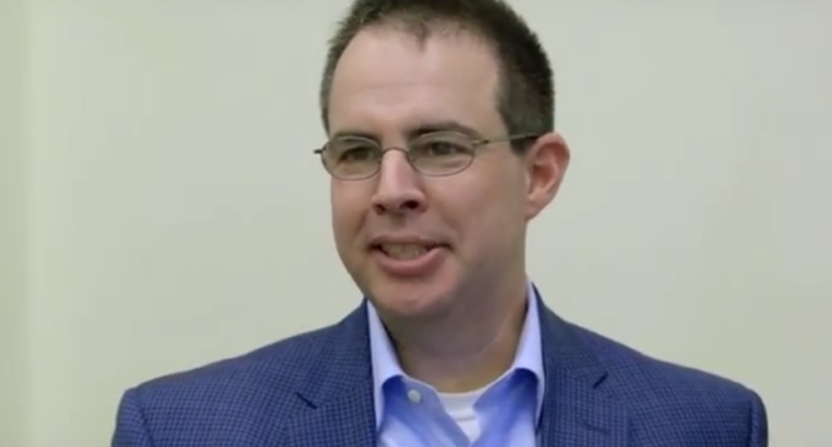 There have been plenty of media arguments made that ESPN’s declining revenues have been about a perceived political shift, despite the holes in those, and the network’s now firing back with some data from a survey they commissioned. In a post on company blog ESPN Front Row Monday, ESPN vice president (original content and brand intelligence) Barry Blyn (seen above in a November 2014 interview) wrote that the findings of a May 3-7 study the company commissioned from New York’s Langer Research Associates (which also does research for The New York Times, CBS and ABC News, amongst other media outlets) “belie the notion of any impact on our business” from a perception of the company as too political.

Key points Blyn references there include 64 per cent of respondents saying ESPN was getting it right in terms of mixing sports news and political issues, eight per cent saying ESPN didn’t cover politics enough, the portion of viewers who see ESPN as politically biased being unchanged since October, 30 per cent of those who see a bias viewing ESPN as expressing a conservative viewpoint, and strong conservatives and Republicans ranking ESPN as 7.2 and 7.1 out of 10 respectively (versus liberals and Democrats’ rankings of 7.0). Upon request, ESPN provided Awful Announcing with some further data on the study and the data points Blyn referenced, although they did not provide a full copy of the study. Here’s their comment on how the study was done:

This survey for ESPN Fan and Media Intelligence was conducted by landline and cellular telephone interviews May 3-7, 2017, in English and Spanish, among a random national sample of 1,423 adults, including 867 ESPN viewers. The survey was produced and analyzed for ESPN by Langer Research Associates of New York, N.Y., with sampling, data collection and tabulation by SSRS of Media, Pa. Methodological details are available here. Results have a margin of sampling error of plus or minus 4 points for ESPN viewers, including the survey’s design effect.

Blyn’s piece also references changes from the last time this survey was done in October; it should be noted that this is not a constant panel of the same people, but another “separate, comparable, random national sample.” Here’s a look at the data points they discuss, with the extra data AA received:

Do some Americans disagree with how certain societal issues are discussed on ESPN platforms when they intersect with the world of sports? No doubt.

Does it affect their viewing behavior? Not in any material way. Indeed, in 2016 and for the third straight year ESPN was the highest-rated full-time cable network among Men and Adults aged 18-34, 18-49 and 25-54.

So, what’s that all mean? Well, it’s one survey, an ESPN-commissioned one at that, and one where we don’t have access to the whole report, so it’s far from the be-all and end-all. However, it does provide some further ammunition against the largely-unsupported case that massive numbers of subscribers and viewers are leaving ESPN because of its perceived political slant. It is interesting that 30 per cent of viewers surveyed think there’s some bias, but that still means there are even more who don’t. And of those who do find some bias, they’re not all mad about it; only 18 per cent are specifically saying stick to sports more, and some think they should stick to sports even less. The similar overall ratings of ESPN from conservatives and liberals are interesting, too; they suggest that whether someone describes themselves as conservative or liberal isn’t too indicative of how they feel about ESPN.

Of course, this is a very big-picture look at the question of ESPN’s politics, and it’s possible that some who answered they don’t believe the network is biased overall or covers too many political issues overall still have problems with individual commentators or with individual decisions the company makes. It’s also worth noting that this data doesn’t appear to justify any further moves into the political realm from ESPN. But it does suggest that plenty of viewers are just fine with where the company’s landing on that sports/politics balancing act, and that while there are some unhappy with ESPN’s coverage decisions, that probably isn’t the cause of their revenue issues. (Cord-cutting and rising rights fees are much bigger problems, and neither’s particularly political.) It’s also notable that while this data isn’t perfect, it’s much more quantitative than anything the other side of this argument has offered to date. This certainly won’t silence the “ESPN is too liberal” people, but it’s further ammunition that the “ESPN’s financial issues are because they’re too liberal” theory isn’t the best one out there.