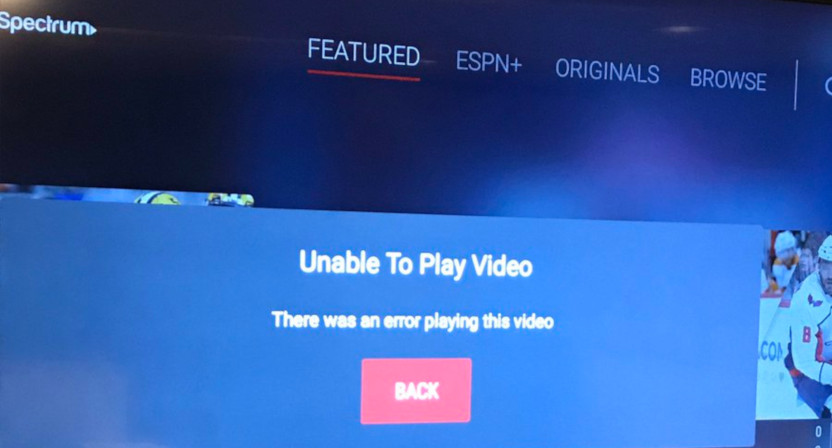 It’s well-established that streaming services often run into some problems with the highest-profile events thanks to the numbers of people trying to watch that way, from the Super Bowl to the World Cup. Well, Monday night’s College Football Playoff national championship game saw some of those same issues, this time with ESPN’s streaming options.

Anyone else having issues streaming the game on the ESPN app?

Why can’t @espn figure out how to keep their streaming working on big games? Every time it’s the same thing.

Hey @espn , any way I could get the biggest game of the year to work on your app that you promoted would be streaming? If you could that would be great…thanks

You would think after the embarrassment of the semi-final game, @espn would have fixed their streaming service. pic.twitter.com/f123Hu9lV3

How can a business this big not have its app/streaming figured out…. it’s really unbelievable!

Glad to see that @espn can't handle streaming the @CFBPlayoff championship game. I shouldn't be surprised. It's just disappointing. Thanks for nothing. #ESPN #LSUvsCLEM #NationalChampionship

Streaming failure on the biggest night in college football. Not a good look @espn

Lol their app crashed right at kickoff. No streaming. No mobile. No app. Half American can't watch the game right now.

Golden standard. HAHA. FOX Sports, NBC, literally anyone would be a better pick for this big of a game than #ESPN. pic.twitter.com/ZS4ozCNEbs

ESPN app is terrible. Biggest game of the year and the whole streaming service is down.

Shout out to @espn’s app streaming service and it’s ability to not be working for the biggest game of the year. ?#NationalChampionship #ESPN #espnblackout

Those are just a few of the many, many tweets complaining about ESPN streaming here. And AA staff were able to verify that there were issues with the ESPN app with both Verizon FiOS and Charter as providers. It did work on a Roku in California with authentication through AT&T, and it’s working for some other people, so this isn’t a universal outage, but it’s definitely a significant one nonetheless. And it’s one at a very unfortunate time for those hoping to watch this vital game.