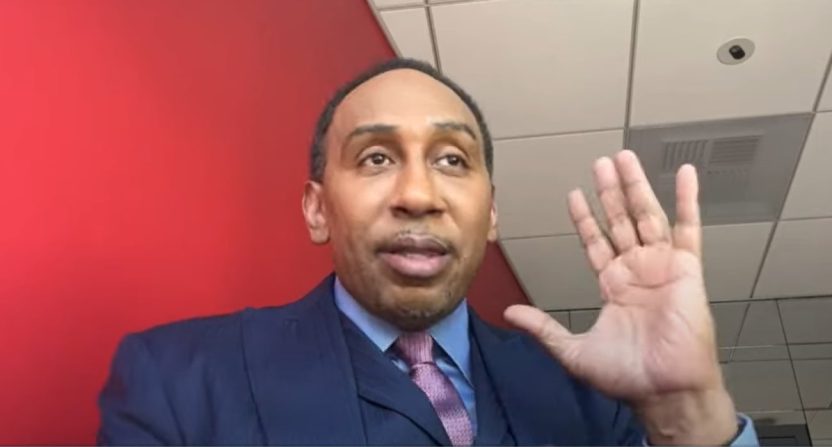 According to the star of ESPN’s First Take, he’s never lost a debate. Smith made the bold declaration during the latest episode of Just Getting Started with Suzy Shuster, a podcast previously hosted by her husband Rich Eisen.

“You get to a point where you’re not worried about the ramifications of being wrong, of not knowing or whatever the case may be because you’ve been there before, and you realize it’s OK,” Smith said. “All you’re going to do is grow.”

“I’ve never lost a debate. Ever,” the First Take host explained without sarcasm. “I’m either right or I’ve learned something new by being wrong, which makes me brighter, more intelligent about that particular issue we were broaching, which means I’m a winner because I’m going to be better for it than I was before we started the debate. How did I lose?”

The confidence portrayed by Smith is unmatched. Except maybe by his former debate partner Skip Bayless, who ironically made the same claim that he “never lost a debate” in 2014. Smith joined First Take as Skip’s full-time sparring partner in 2012. So that’s two years where Smith and Bayless both believe they never lost a debate?

“I know football from watching it, I know baseball from watching it,” Smith told Schuster. “Boxing and stuff like that, I know enough of it to be able to interview and ask you questions. But Suzy, when it comes to basketball, I’m actually asking you as a technicality. I know the answer, I just want to see whether you’re gonna lie to me about it.”

Smith’s approach to talking basketball was prominently displayed last summer when he was still partnered with Max Kellerman on First Take. Multiple times, Smith lashed out at Kellerman for not being on his level when it comes to basketball.

Weeks later, Smith booted Kellerman from the show and filled his chair with a rotating cast of debate partners, including former NBA players Jay Williams, JJ Redick and Kendrick Perkins. People who Smith figures are better equipped to talk basketball with him. Even though they’ll never beat him in a debate.