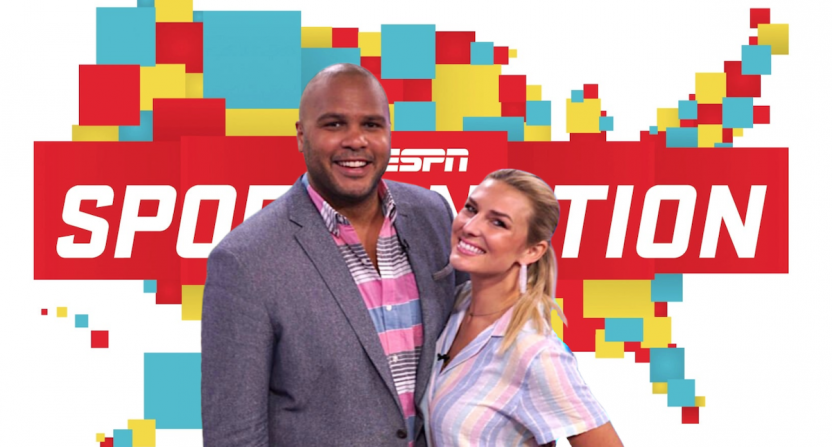 ESPN’s SportsNation is getting yet another new look. The sports highlight show, now on ESPN+, debuted its new hosts on Monday morning (Oct. 11).

Jordan and Shae Peppler Cornette will now front the show airing at 10 a.m. ET each weekday, joined by a variety of ESPN personalities including Jason Fitz, Christine Williamson, Sam Acho, Gary Striewski, Stephania Bell, Arda Ocal, and Omar Raja. On each show, the team will look at highlights from the previous night’s action, mixing in social media reactions, Top 5 lists, analysis, interviews, and debate among the panelists.

The Cornettes take over as hosts not long after SportsNation relaunched earlier this year with hosts Ashley Brewer, Taylor Twellman, and Treavon Scales. And the show has had plenty of turnover, even coming back from cancellation in 2018, during its lifespan with hosts including Michelle Beadle, Charissa Thompson, Colin Cowherd, Marcellus Wiley, Max Kellerman, and Cari Champion.

Presumably, network producers and executives believe there will be better chemistry with a husband and wife team hosting the show. The Cornettes have done so before, hosting ESPN Radio’s GameDay on Sundays during football season. 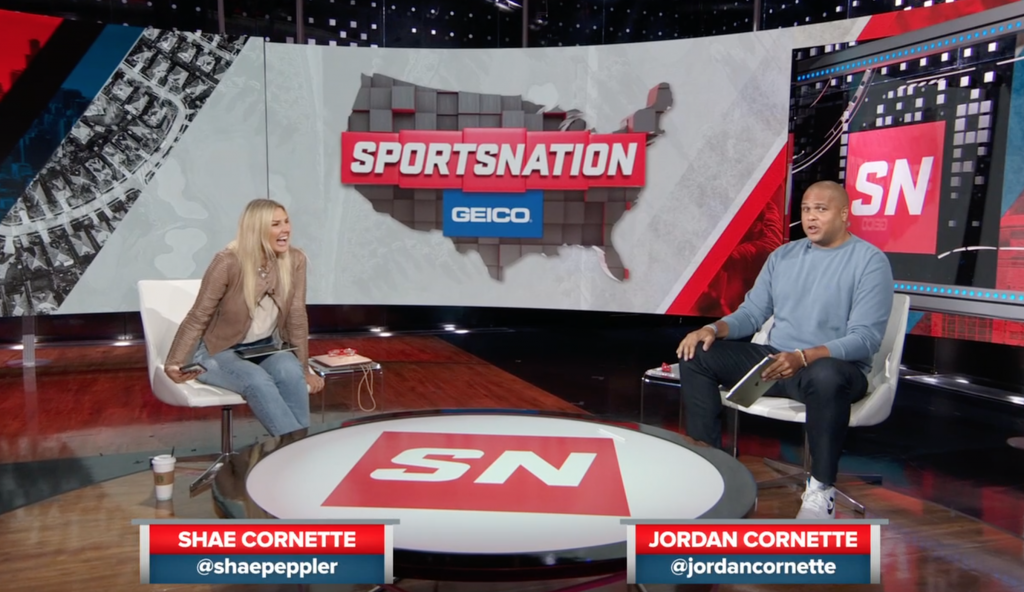 Jordan, who played basketball at Notre Dame, joined ESPN in 2018 as a college hoops analyst, eventually becoming a face of ACC Network while hosting the channel’s Saturday football studio show, The Huddle. In addition to her work at ESPN, Shae is a host on SiriusXM NFL Radio. Prior to joining the network, she was a reporter and host at Chicago’s FOX 32.

“The relaunch of SportsNation across ESPN+, social, and digital, has been a collaborative success across multiple teams and platforms,” said ESPN’s vice president of digital production Mike Foss in the network’s announcement. “We’re excited for Shae and Jordan to help further propel the show with their dynamic personalities and chemistry.”