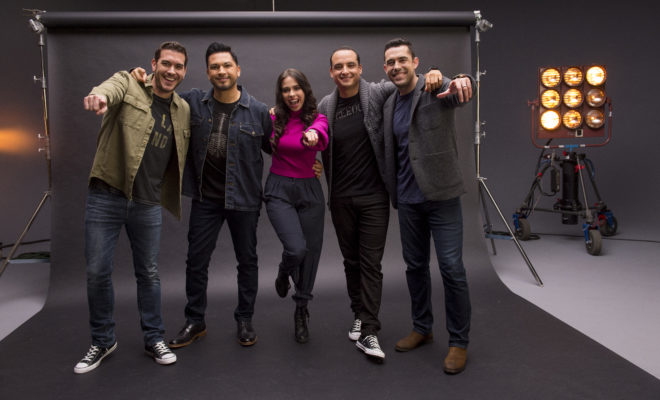 If there’s one thing ESPN has made progress on in recent years, it’s the intentional, concerted effort to diversify their television presentations. The network has placed an emphasis on giving more platforms to diverse voices. You can see it on Around the Horn, High Noon, ESPN Radio, The Undefeated, espnW, and a number of other different initiatives happening at Bristol. ESPN has led the way in moving sports media forward, even if it doesn’t mean it’s mission accomplished as there’s still a long way to go to get to where the industry needs to be.

That effort will continue in Bristol as ESPN announced the creation of two corresponding multicultural late-night show that will air every weeknight on both ESPN2 and ESPN Deportes. The show will be called Now or Never on ESPN2 and Ahora o Nunca on Deportes and feature an emphasis on mixing sport and pop culture. The program will debut on both networks in late January.

Here’s more from the ESPN announcement, which was first reported by The Big Lead:

ESPN announced today that it will add two late-night shows to its programming line-up. Set to debut January 28, 2019, the two shows — Now or Never (ESPN2) and Ahora o Nunca (ESPN Deportes) — will be dedicated to covering the intersection of sports and pop culture for young, multicultural sports fans.

Now or Never and Ahora o Nunca will offer a new take on sports, with a laid-back vibe for the late-night fan. Fans can expect the co-hosts to have fun with sports headlines and reactions, chat about the latest news on movies, music, E Sports, celebrity culture and much more. The shows will feature social content that incorporates viewer interaction and engagement. Airing Monday through Friday, the two 30-minute shows will be produced from ESPN studios at L.A. Live in Los Angeles and air on ESPN2 and ESPN Deportes at 2 a.m. ET / 11 p.m. PT.

“We are excited to add these new shows to our programming line-up to serve a young, multicultural audience in English and Spanish,” said Freddy Rolón, vice president and general manager, ESPN Deportes. “This unique format will bring together a diverse group of voices, whose experience will drive conversations beyond sports and tackle pop culture news, on-and-off the screen.”

The ESPN2 version will be hosted by Steve Covino, Rich Davis, and Janelle Marie Rodriguez. Covino and Davis have co-hosted a SiriusXM show together since all the way back in 2005 and have also done work for SportsNet New York. Rodriguez has had a number of different television roles as an actress and interviewer.

It will be interesting to see if this show can develop a foothold given the very late timeslot as well as the sports/celebrity/culture focus. We really haven’t seen a show that mixes all of those topics have a long, sustained run on any network so far. Regardless, it’s encouraging to see ESPN try something new with some fresh faces in search of a new audience.