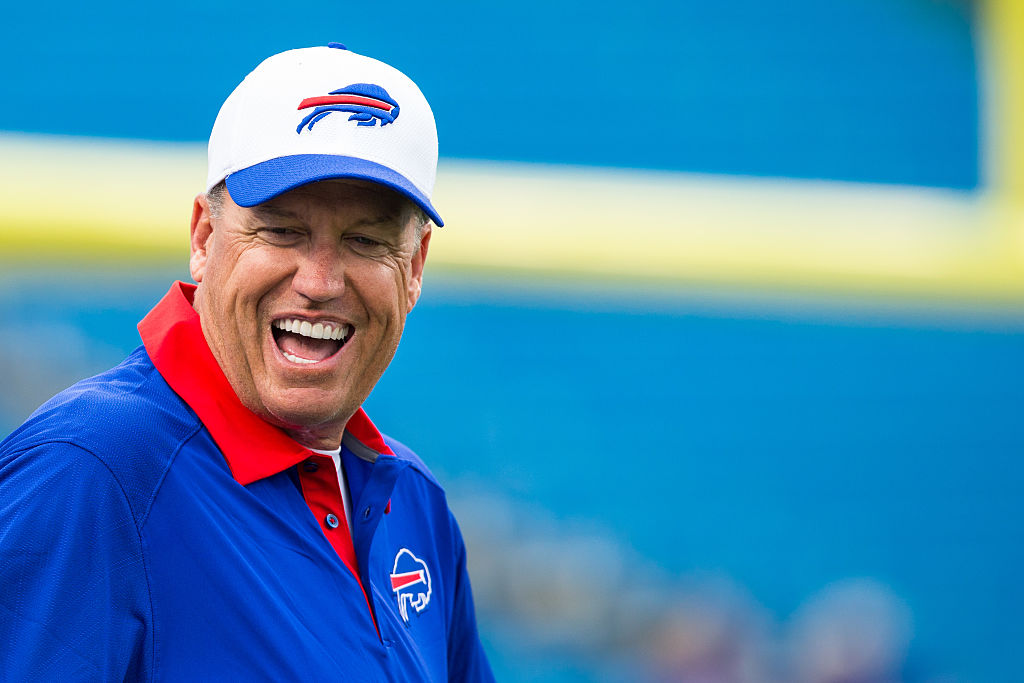 Rex Ryan is going to be regularly featured on ESPN. The former New York Jets and Buffalo Bills head coach appeared as a guest analyst on ESPN ahead of the Super Bowl, and now Manish Mehta of The New York Daily News is reporting that Ryan has signed a multi-year deal with the network. According to Mehta, Ryan will be primarily featured on Sunday NFL Countdown.

Sunday NFL Countdown has undergone a lot of change recently, and this continues that trend. The 2016 season saw Tom Jackson, Mike Ditka, Cris Carter, Ray Lewis and Keyshawn Johnson exit and Trent Dilfer, Matt Hasselbeck, Randy Moss, and Charles Woodson come in. This coming season’s going to have at least one further change, with Chris Berman moving away from his hosting role; it’s unclear who exactly will replace him on Countdown, but Jim Miller reported earlier this month that Sam Ponder is the likeliest candidate.

It’s notable that Sunday NFL Countdown took a significant ratings hit last year, and while the overall NFL ratings decline may have played a factor there, the cast changes may have had an impact as well. AA’s Sean Keeley examined that last October, and suggested that some viewers were missing the show’s previous big personalities:

The things that made ESPN’s pre-game show stand out for years, its big and familiar personalities, were gone. Now it just looked like every other football show out there. Given the crowded landscape of NFL Sunday pregame programming to be found on NFLN, CBS, and FOX, all of which were coming into the 2016-17 season with familiar faces and routines, you might have expected ratings for the ESPN stalwart to fade. And so they have.

Moss certainly has a big personality in his own right, but Hasselbeck and Woodson aren’t always as outspoken as the likes of Carter and Lewis were, and while Dilfer often takes strong stances, those stances have drawn plenty of criticism. Ryan might bring a needed element to Countdown; his bombastic press conferences didn’t always pay off on the field, but they were certainly memorable, and that may serve him well in TV.

Ryan will need to offer insight as well, but he does know his football.  He found great success as a defensive coordinator and some success as a head coach, and if he can bring some of his schematic and game-planning knowledge, that may be a win for viewers. It also could be useful for Countdown to have a coach’s perspective as well as those from former players. Plenty of networks had reportedly had interest in Ryan, so it’s easy to see why ESPN made this move. We’ll see how it plays out this fall.