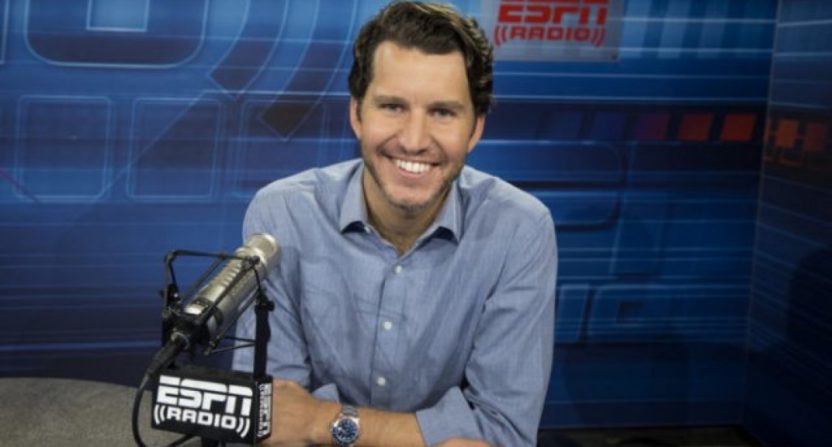 In the wake of its recent layoffs, ESPN is also making moves to keep some of its talent. ESPN has announced it has signed contributor Will Cain to a multi-year deal that will keep him as a commentator on both TV and radio.

Cain will continue in his role as a contributor to First Take, Outside the Lines and E:60 and he’ll also make appearances on ESPN Radio. In the past, Cain has also written for ESPN The Magazine as well as on ESPN’s website.

“Will Cain brings to our platforms a different and provocative point of view on a variety of topics…he’s smart and always prepared for any debate situation,” said David Roberts, vice president, production. “Simply put , Cain consistently enhances the quality of discussions within all of our programs. Without question, Will Cain makes us an even stronger network.”

Cain came over to ESPN in March of 2015. He has served as a political analyst for CNN and The Blaze co-hosting programs for both organizations.

One of Cain’s most recent appearances on First Take had him clashing with Stephen A. Smith over Tony Romo and race:

Some may feel that ESPN is retaining Cain due to his conservative points of view and to counter claims that the network leans left. No matter what the conventional wisdom, ESPN has decided to keep Cain for the foreseeable future and you’ll continue to see and hear him on the network’s various platforms.