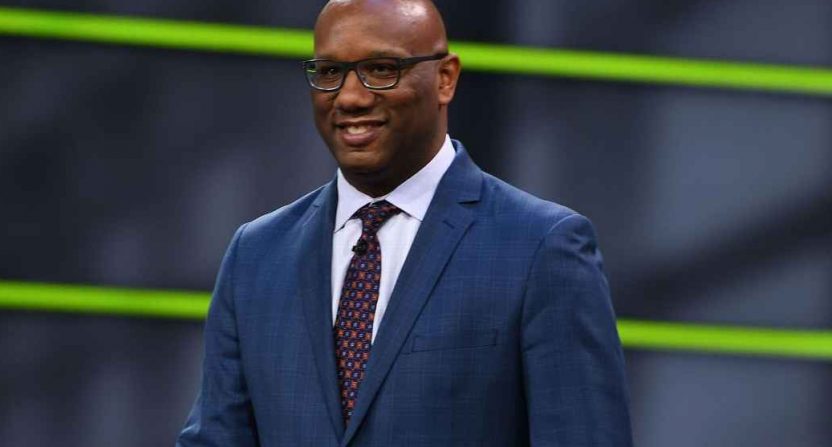 McClure was actively reporting up through the past few days, so the news comes as a shock to many.

From ESPN.com’s story on his passing:

Vaughn McClure, a member of ESPN’s NFL coverage team since 2013, died this week at his home near Atlanta. He was 48.

McClure joined ESPN to cover the NFL, and settled in on the Atlanta Falcons beat as part of NFL Nation. He covered the team during its run to Super Bowl LI in 2017. He contributed to ESPN’s television and radio coverage of the Falcons and NFL as well.

“We all loved Vaughn,” said John Pluym, senior deputy editor for digital NFL coverage at ESPN. “He had a heart of gold. He was so helpful to our reporters. In the last few hours, we’ve heard so many stories about how Vaughn had helped them with a story or how he put in a good word for them with a coach or player.”

McClure also spent time covering the Bears for the Chicago Tribune, with other stops at the Sun-Times, Fresno Bee, South Bend Tribune, and the DeKalb Daily Chronicle.

Many of his media colleagues and even the Atlanta Falcons organization immediately remembered him, in glowing terms.

I remember Vaughn reaching out in the mid-2000’s upon accepting a job at my old newspaper – The Fresno Bee – to talk about working there. He replaced @JeffPassan, who left Vaughn all his phone numbers. An honor to have him as an ESPN colleague. A beautiful man, gone far too soon. https://t.co/yX8ZXatzHp

For those who weren’t lucky enough to meet Vaughn McClure or have the privilege to call him a friend, I want to at least share with you how I’ll remember him. Rest in paradise, my brother. Until we meet again… pic.twitter.com/O3BkWMn0A6

Man, the news that Vaughn McClure who was the ESPN reporter for the Atlanta Falcons and a long time writer for the Chicago Tribune has died is devastating. He was a good friend and a tremendous person. May God bless you my friend. ❤️

Vaughn McClure had a great gift of being able to connect with people. That's why so many of us are hurting today. When you were friends with Vaughn though, you were friends forever. pic.twitter.com/jfaYfiyRzQ

The only comfort is knowing that he is reunited with his family, who he loved and missed so very much. An extraordinary colleague and friend, who is now missed dearly. Rest In Peace, Vaughn. ❤️ pic.twitter.com/0cIBK7Kxvz

Such a sad day. As we've commiserated, many of us have recalled how recently we talked to Vaughn McClure. He preferred calls over texts. There isn't another colleague I've spoken more with this year. To use his favorite tag: Buddy, we will hold you in our hearts forever. pic.twitter.com/WOS4TI374x

It’s tough to end any post like this, so we’ll go back to ESPN’s story for words from one of his many editors:

Pluym added: “Talking to Vaughn on the phone was always a joy. I loved how you could just sense the excitement in his voice for being able to cover the Falcons for ESPN. We will all miss him greatly. And I’ll end this the way Vaughn ended every phone call with a colleague: ‘Appreciate you. Love you.’ We all loved him, too.”