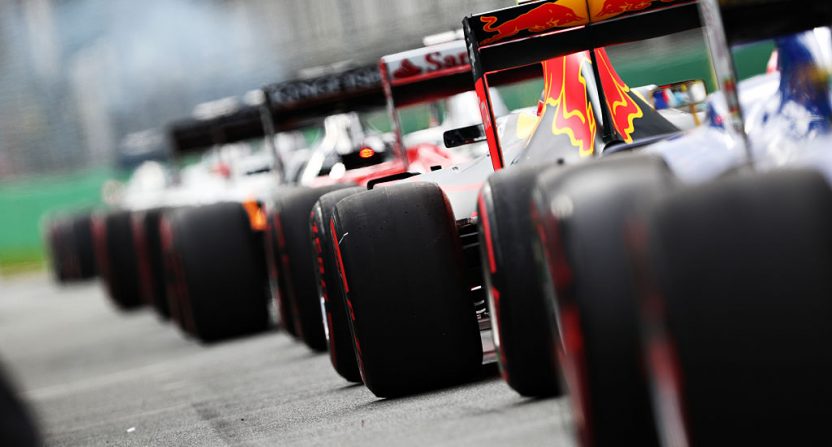 When ESPN won the rights to Formula One at the start of the season, the network got off to a rocky start with fans of the racing series. While simulcasting the Sky Sports feed out of the UK, ESPN cut off broadcasters mid-sentence with poorly timed commercials and generally left fans feeling totally exasperated.

Things have gotten better with ESPN’s coverage going commercial free and with a new series, ESPN is looking to continue to reach out to F1 fans. But in an interesting twist, the network is also going to try to draw some of the growing eSports audience as well.

Next weekend ESPN will debut a four episode, two hour series “specifically produced” for the network entitled World’s Fastest Gamer. The four part series will center around one of the most iconic teams in F1 history, McLaren, and their search for a new simulator driver. The episodes will air between practice and qualifying for the Belgian Grand Prix from historic Spa-Francorchamps and then be replayed throughout the rest of the F1 season.

A four-episode series on the McLaren Formula 1 team’s search for a simulator driver will debut on ESPN2 during the weekend of the upcoming Formula 1 Johnnie Walker Belgian Grand Prix.

The four half-hour episodes of World’s Fastest Gamer powered by Millennial Esports will air on Saturday, August 25, beginning at 7 a.m. ET between live coverage of Practice 3 from the Belgian Grand Prix and live Qualifying. In addition to airing on ESPN2, the programs also will be streaming on the ESPN App.

Specifically produced for ESPN, the series will tell the story of why Millennial Esports and McLaren reached into the rapidly-growing world of Esports and Gaming to locate racing talent. From thousands of gamers racing online, 12 were chosen to be taken to the McLaren Formula 1 facility in England to compete head-to-head for a contract as McLaren’s simulator driver.

“The World’s Fastest Gamer story on ESPN will show that gaming provides us with a pool of talented drivers but its airing will also help to fire up the new fans of our sport,” said Darren Cox, CMO of Millennial Esports and creator of World’s Fastest Gamer. “I hope that young American racing fans are inspired by seeing how accessible Esports makes racing and motivates them to get closer to our amazing sport in both the virtual and real worlds.”

After the debut on August 25, each episode will re-air a number of times throughout the remainder of 2018 and leading into the 2019 Formula 1 season.

This is actually a really cool idea to reach out to more than one group of fans at the same time. I can’t imagine there’s too much crossover between the dedicated F1 crowd and eSports enthusiasts, but this series would give people who are fans of either reason to watch. And for fans of both, it’s a sign that ESPN is furthering a commitment to their sport.

Given the simulcast that has served ESPN from Sky Sports, having something dedicated to the network is encouraging, and hopefully a sign of more F1 programming down the road. And with ESPN expanding their eSports portfolio with new rights deals with the likes of the Overwatch League, it’s another step into that arena too.