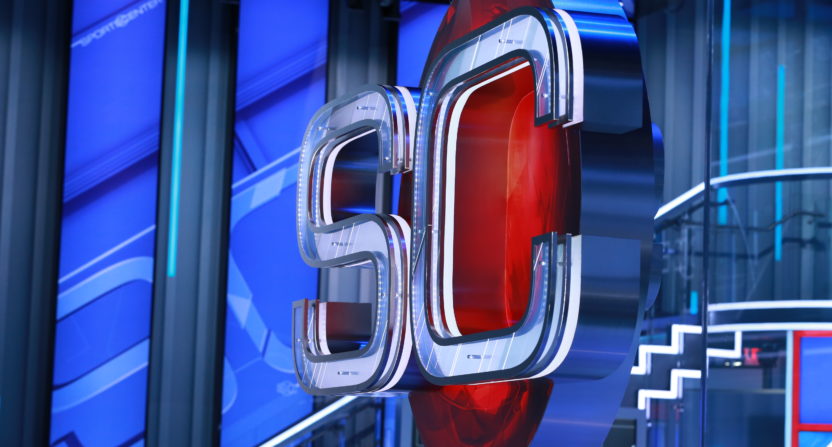 When ESPN promoted the rise in ratings for the 6 p.m. SportsCenter post-Jemele Hill and Michael Smith last month, it looked like a self-inflicted PR wound that gave “ESPN is too liberal!” critics an easy slam dunk and reasons to further question ESPN’s initial SC6 plan with Hill and Smith. And indeed, the network got dunked on. But that hasn’t stopped them from doing the same thing again this month, and this time, they’re doing so as the headline of a standalone release posted Wednesday.

That release, “6 p.m. ET SportsCenter On Track for Four Consecutive Months of Viewership Growth,” stands out from last month’s, which was just a nugget inside a release largely focused on something else.  (That was Stephen A. Smith’s appearances on SportsCenter during the NBA Finals, because that’s obviously something to promote). And that represents an interesting step for ESPN, especially considering the backlash last month. Beyond just dunking on them for doing this again after it went so poorly last time, it’s worth pondering why they’re doing it, and what that says about where ESPN is at right now.  First, here’s the release:

Viewers are responding to the 6 p.m. ET SportsCenter, with the program on track for four consecutive months of year-over-year viewership growth.

With Sage Steele and Kevin Negandhi taking over as consistent anchors on May 14, the program averaged 531,000 viewers through the rest of the month, up 19 percent over the 447,000 average for the same period in 2017.

The 6 p.m. SportsCenter has been keying on delivering fans up-to-the-minute news, previews and analysis of the night’s slate of games and events. For the quarter of April, May and June to date, the program has averaged 491,000 viewers, a six percent rise over the average of 463,000 for the same period last year.

So far this month, the program is up two percent over 2017, while for the entire month of May, average viewership was up six percent. April’s programs saw a nine percent year-over-year rise, which followed a four percent rise for March.

There are a few things seemingly going on here. For one, ESPN definitely wants to promote year-over-year ratings growth wherever they can, particularly as a counter to the narrative of subscriber loss and audience loss. It’s certainly debatable whether this is significant enough growth to be promoting, especially as the most notable number here (the 19 percent with Steele and Negandhi) is for only half a month and is potentially influenced by event lead-ins, and considering that this was also prime for blowback, but ESPN is certainly looking to sell some ratings wins. But beyond that, this possibly fits into some larger patterns about what the network is doing. For example, consider what AA’s Matt Yoder wrote this week about big sports media personalities at ESPN and Fox:

Over the last couple years we’ve seen both ESPN and Fox invest tens of millions of dollars in personality-driven shows to minimal ratings results.

…ESPN is also currently struggling with a major investment of their own in Get Up. With a well-compensated cast of Mike Greenberg, Michelle Beadle, and Jalen Rose getting off to a slow start in ratings, the questions are already starting to mount regarding when or if ESPN might decide to retool their brand new morning show. And if you want to go back even further, the dissolution of SC6 was another failure for ESPN when it came to personality-driven programming.

The new 6 p.m. SportsCenter definitely feels like a step away from personality-driven programming. The show didn’t even have consistent hosts for the first several months they’re talking about here, and when they did decide on Sage Steele and Kevin Negandhi, it felt like a move meant to emphasize that this is just sports news; yes, Steele has caused some controversy with her social media comments, but on-air, she’s been sticking to sports. Also, maybe this is a larger element of ESPN being not so focused on big personalities and rather focused on specific properties.

Beyond that, there’s an element of avoiding controversy. All of ESPN’s discussion about the show has been blatantly obvious in presenting a “this is just the news” feeling, with lines like “keying on delivering fans up-to-the-minute news, previews and analysis of the night’s slate of games and events.” Nothing controversial to see here. (Never mind that SC6 did a whole lot of that as well.) Recent stories, like the one AA’s Alex Putterman did about the overall SportsCenter franchise back in March, have also been full of ESPN officials emphasizing traditional highlights, news and analysis over personality-based segments.

It should be noted that this shift in focus also comes with a shift in external competition and criticism. Back in 2016, the trend was moving away from straight highlights towards personality-focused shows, which was happening at both ESPN and FS1. And then-FS1-head Jamie Horowitz kept taking public shots at highlights shows and kept getting press for them, and that led to some public responses from ESPN and to some motivation for them to do different things than your usual news and highlights. But FS1 isn’t going at ESPN as much in general these days, and Horowitz is long gone, so there’s less criticism of “just a highlights show,” and Van Pelt’s show now looks like more of an exception than the rule. (And it’s retained a strong focus on news and highlights in addition to its interviews and personality-driven parts.)

Oh, and the external criticism for ESPN these days is largely “too liberal” and “too political.” So if “personality-driven” was reacting to Horowitz criticisms, there’s an argument that “just the facts” SportsCenter is at least a partial reaction to the “too political” criticisms, regardless of if they have any merit or not. That’s not the only thing here, to be sure, but ESPN certainly does notice external criticism, and they’ve noticed that one to the extent of commissioning surveys to try and disprove it and having new-president Jimmy Pitaro publicly denounce it.

Speaking of that new president, perhaps the biggest thing here is that ESPN’s leadership has changed significantly since the days of moving towards personality in SportsCenter. (Which was not just about SC6: The success of Scott Van Pelt’s midnight SportsCenter prompted ESPN to go even further down the personality-driven road with things like SC6 and with different SportsCenter AMs and the like, but Van Pelt’s show is the main one that has stuck.) Former ESPN president John Skipper is gone (to Perform), former SportsCenter vice-president Rob King is now “Senior Vice President, Original Content Newsgathering & Digital Media,” Pitaro is now ESPN president, Connor Schell is now in charge of all content, and perhaps most crucially, Norby Williamson is back running SportsCenter. Williamson, a veteran of 90s SportsCenter, told AA back in March that he was trying to bring some of that feel back (and made some surprising comments about the emphasis ESPN had put on Hill and Smith in the process):

“We have to make it a little more relevant. It was an unbelievable necessity, then things evolved. Now we need to try to restore a little bit the need of it, the relevance.”

… “They did what they did and what they were good at. But I think the expectation level was a little tough, and the viewer reaction was, wait a minute, I used to get chocolate ice cream here, and now you’re serving me strawberry.”

And that may be an important reason why ESPN is willing to put out releases that appear to throw SC6 under the bus. That show is now a failing of a former administration, and the spin is now “that was then, and this is now.” The attempt is to have a narrative focusing on what’s currently happening instead of what was happening under former management.

But from the outside, it’s a questionable tactic; those inside Bristol and those who follow media news may be well aware of who’s running what part of ESPN at any given moment, but the general public doesn’t necessarily keep those kind of tabs on it. And putting out, “Look at how much better we’re doing than the last group!” releases carries some problems, especially when the likes of Hill, Smith and King are all still at ESPN and especially when a whole swath of people are looking for any excuse to dump on SC6, Hill and Smith. Maybe ESPN feels it’s worth it to try and create discussion about where they’re at now, but it’s certainly something that will attract negative external attention.