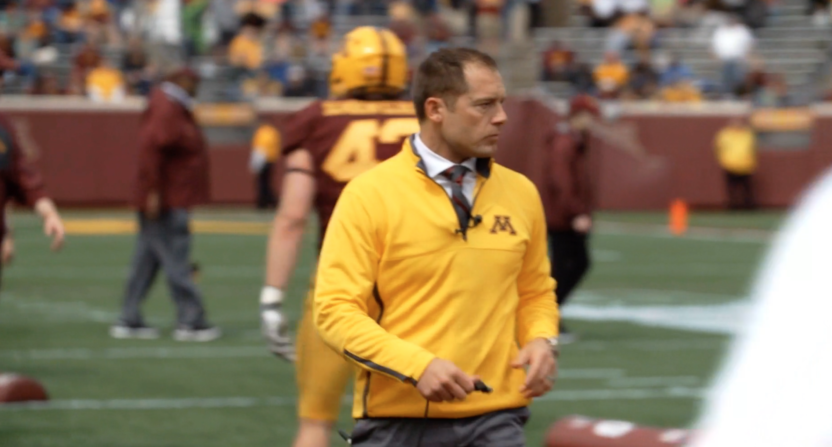 The behind-the-scenes football docu-series craze is headed to the Gopher State.

ESPN announced Thursday that it is producing a four-part series to air on ESPNU called BEING P.J. Fleck that will follow new Minnesota Golden Gophers football coach P.J. Fleck as he prepares for his first season in Minneapolis. Here’s the trailer, which features Fleck discussing his career trajectory and prancing around the Minnesota practice field:

Minnesota hired Fleck in January on the heels of a sexual assault investigation that led to the dismissal of incumbent coach Tracy Claeys. Fleck arrived from Western Michigan, where he transformed the Broncos from a 1-11 team to a 13-1 team in only four years on the job. He is known for being one of the youngest head coaches in Division I, for coaching with unrestrained energy and passion and for the “Row the Boat” catchphrase he made ubiquitous at Western Michigan.

Via an ESPN release:

“To no surprise, P.J. is all heart, all the time… no matter what he is doing, no matter what time of day,” said co-executive producer Bo Mattingly. “Throughout the filming, which continues for a few more weeks, we capture his personality, passion and drive with his family, team and others he interacts with in various situations.”

BEING P.J. Fleck is the latest in a long string of behind-the-scenes football documentaries, from HBO’s Hard Knocks, to Amazon’s All or Nothing, to Showtime’s A Season With to Netflix’s Last Chance U. It looks like BEING P.J. Fleck, as its name suggests, will be focused more on a single character than those other programs, which looked at football programs through a broader lens.

BEING P.J. Fleck will debut on ESPNU on Wednesday, August 2 at 9 p.m. and air three successive Sundays after that.