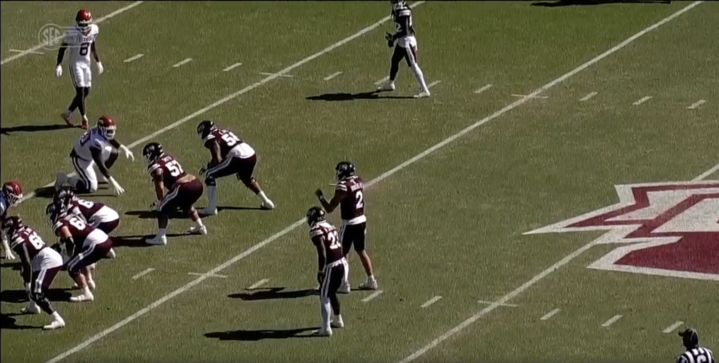 During the broadcast of Saturday afternoon’s game between the Mississippi State Bulldogs and the Arkansas Razorbacks on the SEC Network – part of ESPN’s family of networks – many viewers noticed that the picture was certainly not high quality.

Is it me or does the SECN Arkansas vs Miss State main camera look like absolute ass?

1) how is the channel hosting college gameday going to start showing an SEC game instead of the game college game day is at??
2) unrelated: wtf is the camera quality going on with the Arkansas vs Mississippi state game??

Shoutout to @espn for the throwback in today’s CLANGA/Arkansas game: the picture quality is so horrible they’re using the old Jefferson Pilot cameras for this broadcast.

Is the SEC Network filming the Arkansas-Mississippi St game on a camcorder from the 90s? The close shots look fine, so I know they have good cameras somewhere.

It’s not clear why exactly the picture was fuzzy during Saturday’s broadcast – whether it was the camera, the broadcast equipment, or some combination of both. But as one viewer pointed out, the network’s more close-up shots throughout the broadcast appeared to be much better in terms of picture quality.

Before this college football season, ESPN said it had identified the root of its broadcast and picture issues last year, discovering that the problems were due to different brands of technology that didn’t quite work well together.

After Saturday’s struggles, it looks like either those problems are still persisting or the network will have problems to figure out once again this season.