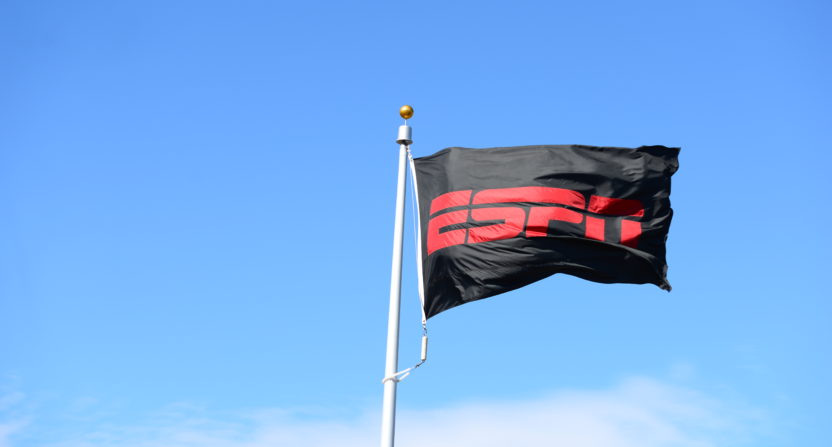 Another round of ESPN layoffs came and went Wednesday, receiving very little attention for one simple reason: those who lost their jobs were not big-name, on-camera personalities. They were the type of behind-the-scenes folks who make shows possible without receiving much credit for the final product.

But even if the public doesn’t understand the impact that the 150 people who were laid off Wednesday had on ESPN, those inside the company certainly did. A number of notable ESPN personalities chimed in Wednesday or Thursday to shout out colleagues who lost their jobs.

Really nice tribute by @TonyReali and team to beloved producer David Brofsky. Maximum respect and admiration to David, a great friend and mentor to so many over a stellar 27-year run. pic.twitter.com/KkqBntsIRI

i didn’t know about brofsky until late last night. great dude who also did great work and was incredibly and unnecessarily kind to me personally. i’m not where i am without him. https://t.co/YBhIQr8iNV

these layoffs got ppl most of you wouldn’t know. a couple were crucial to me. they move on, we move on, but that doesn’t make it any better.

David Brofsky is a first class journalist, producer and mentor who will be enormously missed by all of us. https://t.co/1msIoN1EvK

Too many to say goodbye to, but a few of the people we lost yesterday deserve special mention. I worked for years with David Brofsky and Stu Barbara on OTL, and you'll never have two better, more generous, colleagues or friends. Completely pros.

Numerous current and former ESPNers had glowing things to say about John Sawatsky, who coached hundreds of reporters on interviewing practices.

Some of you might have heard the name John Sawatsky. His impact on the network is immeasurable. He took some of the best journalists in the country and made them better. His methods should be required in every J school. https://t.co/Zz7WXBltFt

When you first get to ESPN you have to take his course on how to interview people. A lot of us chuckled and thought, "uh, I think I already know how to do this." Doesn't take long until you wonder how you ever got this far without knowing his methods. https://t.co/jGkpSeIxy1

When you hear yourself or someone else ask a bad question, you find yourself saying, "that wasn't very Sawatsky." I never did a major interview without consulting with him first. https://t.co/XR7cvxq00e

Whether John Sawatsky is at the network or not, many of us will never conduct an interview or write a story without applying his principles. Thank you, John. https://t.co/72WhgoUmiX

John Sawatsky is among the most influential people I’ve met at ESPN. He is a trusted mentor & friend. He changed my entire approach to interviews. Such an influence, that I always think, “would Sawatsky do it this way?” He’s brilliant & the best. Thanks John. #openneutrallean https://t.co/slZYawTSyC

Amen. Single most useful thing espn did during my time there was mandating his three-day interviewing course. https://t.co/dSqSPABhLG

Every time I go back and visit with Mizzou J school students I use almost entirely the methods John Sawatsky taught me. Had a huge impact on me and countless others https://t.co/0eiRJVo7EN

I was lucky enough to take part in one of John Sawatsky’s workshops. His advice scrolls through my head before any interview in any setting. Huge impact. Thank you. https://t.co/ZboEJRjCf3

This is exactly right. John taught us much with his mastery of the art of interviewing. https://t.co/1Ph5igtsQe

Those passionate tributes to Sawatsky and others offer a reminder that just because most ESPN employees don’t work in front of the camera doesn’t mean they’re not important to the network. Even beyond Sawatsky, Brofsky and other ESPN veterans who received love on Twitter, dozens of talented people who made ESPN function are now out of a job. There’s not much to say about that other than that it really, really sucks.

UPDATE: Bob Ley devoted the final minute or so of “Outside The Lines” on Thursday to Brofsky, saying “without him, we wouldn’t be in the position today to deliver this show.