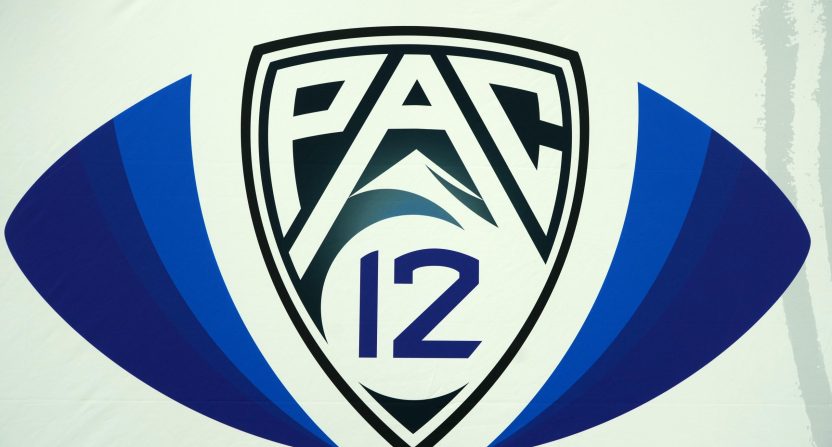 On Wednesday night, reactions were swift and extreme to a podcast clip from the New York Post’s Andrew Marchand, who said that ESPN and the Pac-12 were “hundreds of millions apart on a new deal.”

CLIP: ESPN and the Pac 12 are hundreds of million apart on a new deal, I'm told.

“Hundreds of millions” can mean several different things, and that clarity is frustratingly lacking. With the Pac-12 reportedly seeking a deal of either five or six years, “hundreds of millions” could mean the sides are more than $100 million apart in each season, or it could mean that the sides are under $50 million apart in each season. The former situation would indicate the two sides aren’t even close. The latter could indicate that there’s wiggle room to get a deal done.

“Hundreds of millions” may be a bit of an overstatement given the value is only $300m (+/- $50m). But clearly there is not going to be a deal reached anytime soon if the bid/ask is so far apart. https://t.co/4OA5scNoMq

Thompson also noted that the negotiations are still in their early stages, which also could leave room tog et a deal done.

I agree. Bid and ask are far apart now. Still early in the game. https://t.co/idd7Zg4E8X

Additionally, Thompson opined this could be a leak from ESPN to put pressure on both the Pac-12 and Big 12.

That opinion was seconded by Jon Wilner on the Canzano & Wilner podcast Thursday.

This leads into a column from Wilner that we covered yesterday, in which he discusses the possibility of the Pac-12 striking a deal with Amazon. John Canzano wrote about that in a column of his own Thursday, opining that talking with Amazon and/or Apple could give the Pac-12 “some badly needed leverage” in talks with ESPN, perhaps splitting the conference’s rights between a streamer and ESPN.

However, one constant in all of these reports is that other traditional partners simply aren’t mentioned. CBS was never really linked to the Pac-12, and it’s safe to say that their Big Ten deal shut the door for any possibility of a Pac-12 deal. The same is true for NBC, especially since it lacks a cable sports network these days. But Fox, one of the Pac-12’s current TV partners, hasn’t been mentioned at all. Is the network simply not interested at all in retaining the conference? That would be positive news for the Big 12, but also gives the Pac-12 less leverage in negotiations. Hell, if ESPN and the conference are that far apart, maybe the door could open for Fox to keep the Pac-12 at a more attractive rate.

Anyway, there’s a lot going on here, and we’ve got more questions than answers when it comes to the Pac-12’s media rights.