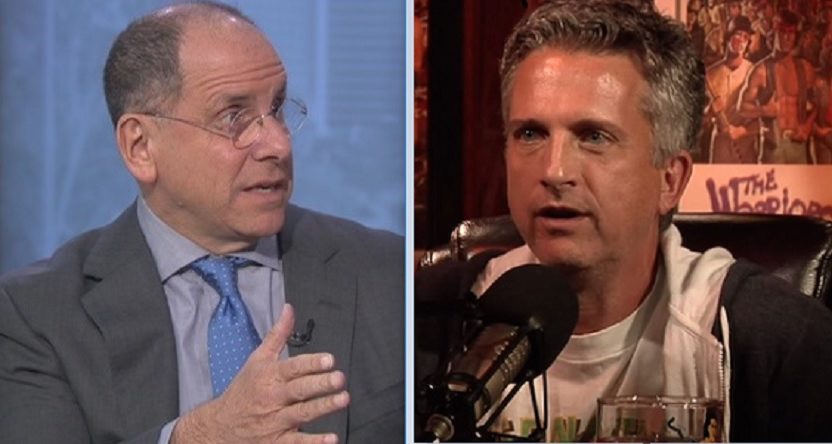 In light of the recent layoffs at ESPN and FS1 (and Fox Sports Digital), performing an autopsy of sorts on these two huge media conglomerates has become a favorite pastime for those who follow and cover sports media. Count Bill Simmons among those wanting to conduct a post-mortem, eager to say “I told you so” regarding his former employer.

For the latest episode of The Bill Simmons Podcast, Simmons had author James Andrew Miller — who literally wrote the book on ESPN and is still very tuned in to the machinations in Bristol — and Bryan Curtis, editor-at-large who covers media for The Ringer, on the show to discuss what happened to ESPN over the past four years and where the network might go from here.

It’s a wide-ranging discussion over a 90-minute podcast that’s worth your listening time. But for the purposes of discussing the sports media industry, one excerpt to focus on is how ESPN may have hurt itself by concerning itself too much by the launch of FS1. For all the talk about the huge money ESPN spent on rights fees for the NBA, NFL, MLB and college football, did network executives overreact in paying talent that might have jumped to FS1. Here is a transcript of the discussion, which begins at the 18:00 mark of the podcast.

Bill Simmons: [2013] was the biggest revenue year [ESPN] had, and the biggest profit they made, all that stuff. Then when Fox came, it became “Oh, how dare Fox challenges us.”

Jim Miller: That was a weird moment, though. Look, the moat was pretty big. Skipper had gone out and spent a ton of money, close to $27 billion over college football, engineered longer deals than anybody had ever done in the business. You can’t have a bigger moat at that point. It’s easy to say this in Monday morning quarterbacking, but I said it at the time, I think that they overreacted to Fox [Sports] 1. There are several ESPN talent now who are enjoying gargantuan salaries, compared to what they used to make, because there was even a sniff, like “Oh, Fox might want them.” All of a sudden, double their salary, triple their salary.

BS: I think it was ’13. That was when Sage was threatening to go to Fox, Whitlock they were trying to get at that point, I think.

JM: Olbermann was actually not an expensive deal, given Keith’s history and what they pay other people.

BS: But I know for a fact they were like, “Oh, really? Fox is going to challenge us? Watch this.” It was like somebody trying to challenge the Yankees in 2002. We’ll just go get Kevin Brown. And then a year later was when the cord-cutting stuff started because that summer, the ratings started to go down. And they were just completely flummoxed by it. Why is this happening?

This was the year they had the World Cup and I remember there was this email, the person who does the analytics and stuff sent this long email trying to figure out what the causes were. And one of the reasons that they theorized was “World Cup fatigue.” After the World Cup, ESPN viewers were fatigued with ESPN. In this email was also, “Another possibility is that younger viewers are going right to streaming services like Roku,” they listed all these things. Yeah, that was the reason actually. Younger viewers are just cutting and going to phones.

I just don’t think they saw any of it coming. I never heard the word “subs” until 2014, used in a way like “We’re losing subs.” And that was the game-changer. When [Skipper] did the NBA deal, they thought subs would be a fixed thing. Now the question is, should they have seen it? That’s a really hard thing to anticipate. You need somebody just dialed in to where shit’s going.

You can listen to the entire podcast above, which includes some speculation as to why ESPN fired top executives John Kosner and Marie Donoghue, both of whom will leave the network by the end of the year.