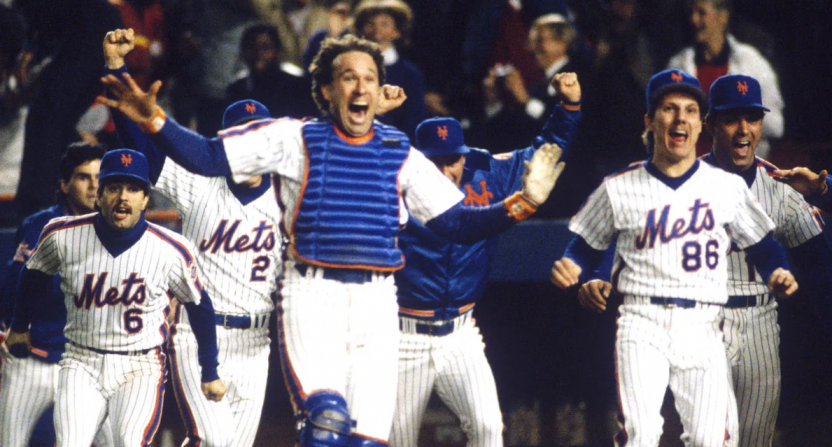 Those not old enough to remember the 1986 New York Mets or who aren’t Mets fans might ask whether or not that World Series championship team warrants a four-hour “30 For 30” documentary. (Of course, Boston Red Sox fans may want no part of anything that reminds them of the 1986 World Series.)

But those who were baseball fans during the 1980s, especially if that era helped influence your love of the sport, remember how iconic the 1986 Mets were and possibly view the stars from that team as legendary. Once Upon a Time in Queens, the latest ESPN “30 For 30” film, provides both a rich, affectionate reminder of that team and an in-depth biography of a collection of players whose exploits are part of baseball lore.

Directed by Nick Davis (Ted Williams: The Greatest Hitter Who Ever Lived), Once Upon a Time in Queens isn’t just a chronicle of the 1986 Mets. The first part of the documentary follows the process of building the team, developing young superstars like Darryl Strawberry and Dwight Gooden, then adding veteran leaders including Keith Hernandez and Gary Carter. Hiring Davey Johnson as manager — who knew how to handle this volatile mix of players, letting boys be boys as long as they did their job on the field — was also key.

But with archival news footage and interviews, Davis also portrays a New York City that was turning around from the hellscape it became after the blackout of 1977. This was not the “Bronx is Burning” era of New York. This is a different story with a tea that seemingly represented the people more than the Yankees of the late ’70s and early-’80s.

(If there’s one misstep for the documentary overall, it might be using “Clap Hands” by Tom Waits as the theme song for the entire venture. The dark, gritty tune, with percussion invoking street sounds, might remind some viewers of HBO’s The Wire. That fits the first episode, but not the subsequent three chapters in which the Mets’ emergence coincides with New York’s revitalization fueled by Wall Street capitalism.)

After establishing how the team was put together, the following three episodes of Once Upon a Time in Queens tell the story of that amazing 1986 season. The Mets were heavy favorites after two consecutive second-place finishes in the NL East (winning 90 games, then 98), and relished being the team to beat. Johnson said he expected to “dominate.” The team recorded a hip-hop theme song, “Gets Metsmerized,” inspired by the Chicago Bears’ “Super Bowl Shuffle.”

As many fans surely know, the Mets were a “play hard, party hard” club that fueled the worst impulses of addicts like Strawberry and Gooden. It’s impossible to tell the story of the 1980s Mets without acknowledging the drug problems on the team. (Hernandez was the face of MLB’s drug scandal the previous season, admitting to cocaine use.) Amphetamines were an open secret, with every player using them for a boost except for the clean-living Carter.

Davis shows that the 1986 season had plenty of obstacles, including George Foster accusing management of racism after being benched, then realized. An injury to Carter probably cost him an MVP award. Strawberry was wilting under the pressure from New York media and fans. Bob Ojeda fought through a left elbow injury for which he took cortisone shots. And in the National League Championship Series, Houston Astros pitcher Mike Scott was seemingly unbeatable amid accusations of him scuffing the ball. 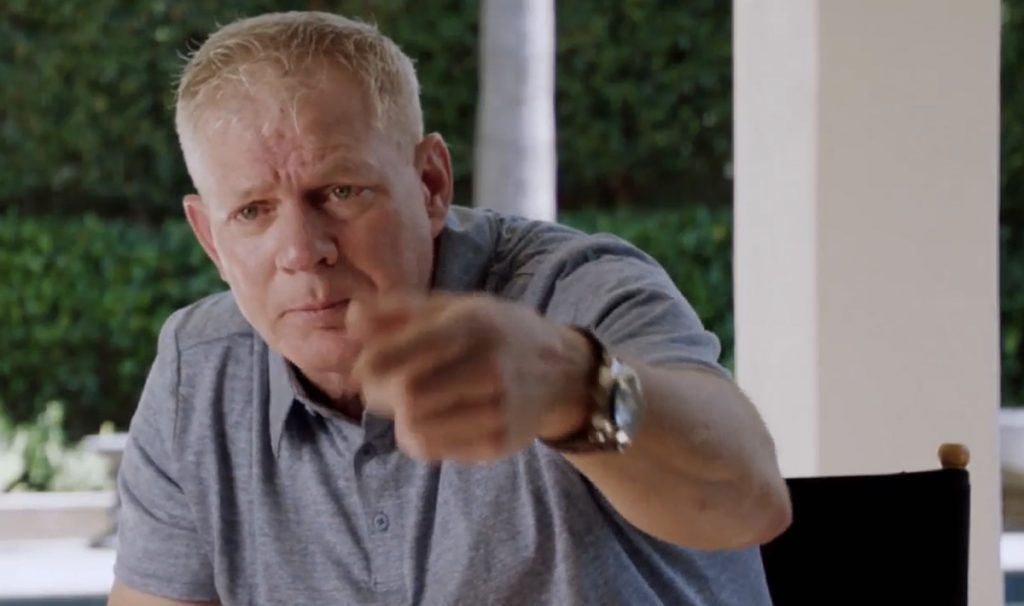 Above all, however, Once Upon a Time in Queens is memorable due to the cast of characters on that 1986 Mets team. Strawberry, Gooden, Hernandez, Johnson, Ojeda, Mookie Wilson, Wally Backman, and Ron Darling are among those who provide insight into the events of that season, often with an amusing quote. The late Carter is notably absent, of course, but his widow Sandy candidly speaks for him throughout.

Yet the best interviews are probably with Lenny Dykstra, the Mets’ brash center fielder who can’t utter a sentence for the documentary without including the f-word. Dykstra’s occasionally foggy delivery and slurred speech sometimes make for difficult listening, but his recollections of key home runs, the team’s amphetamine use, and on-field swagger are worth the effort. His recounting of world history could be a supplementary documentary on its own. And did we mention all the f-words?

Once Upon a Time in Queens also benefits greatly from archival footage beyond the expected game clips and newscasts. Fans share their memories and recordings from the stands. Seeing the frenzy to get the champagne, plastic tarps, and t-shirts out of the Red Sox clubhouse after blowing Game 6 is fascinating. And a scene following Wilson from the field to the clubhouse after his legendary game-winning hit in Game 6 is particularly special, maybe one of the best ever seen in a “30 For 30” documentary.

Phenomenally talented with a singular drive to win, the 1986 New York Mets are entirely worthy of the multi-part “30 for 30” treatment. Yet the team also showed how volatile a championship team can be, perhaps best demonstrated by the failure to establish a championship dynasty. (That troubling fall probably doesn’t get enough attention here, despite the four-hour run time.) This documentary fulfills the mythology built up during the past 35 years.

Once Upon a Time in Queens premieres on Tuesday, Sept. 14 at 8 p.m. ET with parts one and two. Parts three and four air the following night, Sept. 15, also at 8 p.m. ET. Each part of the documentary will be available to stream on ESPN+ and the ESPN app following its TV premiere.