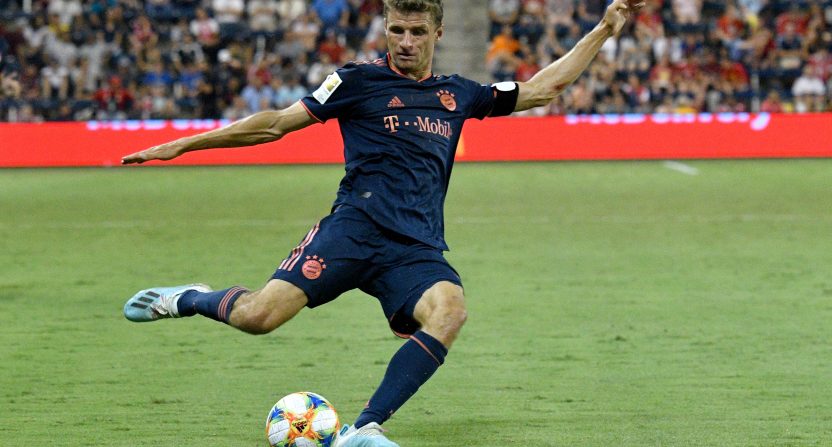 Two months ago, the New York Post reported that ESPN was close to adding the Bundesliga to ESPN+. Today, ESPN finally announced the deal, and the Sports Business Journal reported that ESPN will be paying $30 million per season for the rights to Germany’s top league, which had aired on Fox Sports in recent years.

First, some details of the deal from ESPN. It also includes rights to Bundesliga 2 matches, shoulder programming, and highlights for ESPN’s website and app, while select matches will air on ESPN’s networks, much like in ESPN’s Serie A deal.

ESPN+ will be the new U.S. home for the Bundesliga, Germany’s top domestic soccer league, as the result of a new multi-year agreement that will begin in August 2020.

ESPN+ will feature exclusive live and on-demand replay coverage of more than 300 matches per season from the Bundesliga, in both English and Spanish languages. In addition, the long-term agreement includes live coverage of the season-kickoff DFL Supercup, rights to Bundesliga 2 matches and on-demand surround programming such as highlights and magazine shows.

ESPN linear television networks will also feature select Bundesliga matches each season and highlights will be available in ESPN programs and on the ESPN App and ESPN.com.

The Bundesliga is moving to ESPN from Fox as part of a six-year deal that runs through 2026.

Neither ESPN nor the German soccer league would comment on deal terms but sources said ESPN has committed to pay north of $30 million per year for the rights, which start in August 2020.

“We got an increase, and we are happy with it,” said Arne Rees, executive vice president of strategy for the Americas at Bundesliga International. “The economics took a good upturn. It’s the kind of growth that we’re hoping for from the U.S. market and that we achieved.”

Back in 2013, the Bundesliga was reported to be linking up with Fox on a five-year deal starting in the 2015-16 season. But despite some initial optimism, ratings for the Bundesliga were a disappointment, despite Fox occasionally airing matches on its broadcast network. Since that first season, the Bundesliga has been a secondary (or even tertiary) property for Fox Sports, and the network has shed many other soccer rights before it.

In 2018, the FA Cup left Fox and was eventually bundled with the Serie A rights in America, landing at ESPN+. A year earlier, UEFA agreed to a deal with Turner for the Champions League and Europa League, which took effect for the 2018-19 season. Once the Bundesliga leaves, Fox’s top-tier soccer rights will consist of a variety of FIFA tournaments (including, most importantly, the World Cup and Women’s World Cup), MLS (which they’re splitting with ESPN), and a variety of USMNT matches (which they’re also splitting with ESPN). The CONCACAF Gold Cup aired on Fox in both 2017 and 2019, but its future is still murky following this summer’s tournament.

As for ESPN+, the Bundesliga acquisition gives them coverage of soccer in England (through the Carabao/League Cup, FA Cup, and EFL Championship), Germany, and Italy, in addition to the US (MLS, USL, NCAA), Netherlands (select Eredivisie matches), and even Australia, Sweden, China, and Denmark. The network missed out on La Liga earlier this year, which re-upped with the struggling BeIN Sports, but Spain and France are the most prominent European countries that ESPN doesn’t at least have a toe in the water with on ESPN+.

The reported $30 million price tag will raise some eyebrows, because it’s both higher than what Fox was paying (as the Bundesliga’s Arne Rees mentioned in that quote above) and because it’s a significant investment for what will mostly be a digital deal. It’ll be interesting to see how hard ESPN pushes the Bundesliga on its digital platforms, and how many subscriptions the addition will be able to drive. Whatever the case, ESPN is clearly banking on the future success of ESPN+ and isn’t pulling back its investment in content for the platform after a year and a half.