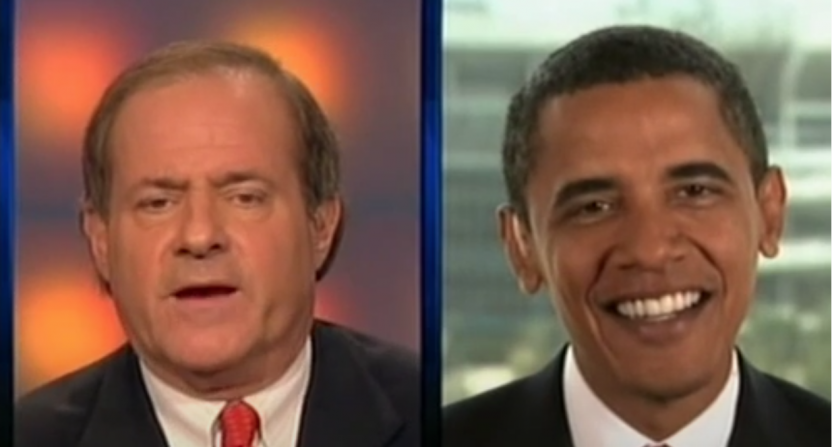 Awful Announcing has learned that President Donald Trump and Democratic presidential nominee Joe Biden are very unlikely to appear on ESPN’s coverage of November 2nd’s Monday Night Football game between the Giants and the Buccaneers.In the 2008 and 2012 elections, nominees for both major parties were  interviewed on the broadcast in an usually friendly and light on politics appearance that rarely strayed far from “it’s been a tremendous journey, I’ve learned a lot about this country and I’m excited for people to go out and vote tomorrow.” In fact, looking at the quotes from the last time ESPN hosted both candidates in 2012, I’m pretty sure most would be hard-pressed to match the various quotes to the candidate that said them.

ESPN did not conduct Monday Night Football interviews with Trump or Democratic nominee Hilary Clinton in 2016, although both candidates were interviewed by Jim Gray on the Westwood One MNF radio broadcast. But ESPN did have President Barack Obama and Republican nominee Mitt Romney in 2012 and Obama and Republican nominee McCain in 2008. Both of those sets of interviews were conducted by Chris Berman.

2008 appears to be the first time presidential nominees were interviewed on a Monday Night Football TV broadcast. Back in the days of Monday Night Football on ABC, though, there was one somewhat similar situation in 1980, but post-election rather than pre-election. Per Wikipedia,  “During a Thursday Night Football special in Houston, two days after Ronald Reagan was elected to the White House, Vice-President elect George H.W. Bush was interviewed in the broadcast booth at halftime. Prior to the election, none of the candidates were invited on the program due to equal time regulations governing appearances during campaigns.”

Looking back at the history here, it’s interesting the short-lived tradition continued only on radio four years ago after two straight elections with the nominees being on television. With the networks abiding by equal time regulations, both the campaigns and the network have to all be in agreement on these appearances. As to why interviews will not occur in this election year, sources indicate that there are no issues with the campaigns simply because ESPN has decided not to pursue the interviews in this election cycle. The rationale behind not pursuing are twofold:

– ESPN has a politics coverage policy that seeks to limit political coverage to when it intersects with sports. ESPN views this election, and any possible appearances on MNF, as being just pure politics and outside of their coverage policy.

– ESPN is now yielding more on this front to ABC News which is also under the Walt Disney banner. In past elections and under different leadership, ESPN operated independently here more on their own in terms of booking the candidate interviews. This is less the case today where ESPN is now approaching things more and more from a Walt Disney Company perspective.

I do think ESPN is making the right decision here and for the right reasons. That said, part of me yearns for simpler times where both candidates could appear briefly during a football game and it wasn’t huge risk or a major story. You probably don’t even remember these interviews because there was nothing memorable about them. I’m guessing they won’t be missed. It additionally saves ESPN the headache of who would conduct these interviews as Trump has become increasingly outspoken about who is interviewing him and any perceived slant to the interview, which is hard to ignore if you’re ESPN.

There just isn’t much upside here and we’re seeing a lot of things unravel and go sideways in this election cycle. So it seems like not a bad idea at all to stay away this year and going forward. With all that said, if you were planning on going into the eve of the election as an undecided voter and in need of a few minutes of non-substantive air time from both candidates to decide your vote, you’ll now have to adjust your decision making process accordingly.