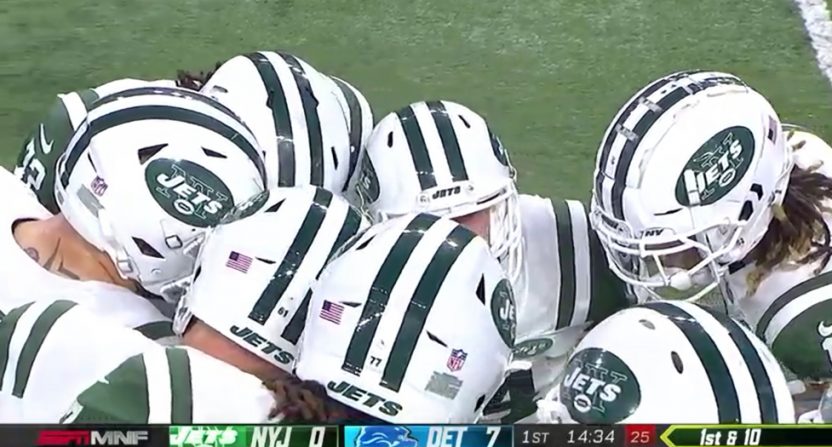 To go with their new college football scorebug, ESPN has now debuted a new scorebug for Monday Night Football. It’s mostly tweaks on the one used last year (which is pretty much what they’d had since 2015), but there are a few notable changes, including taking the down and distance arrow from the field to the scorebug and making the team names and scores in a larger italicized font. You can see the new scorebug above (via AA’s Ken Fang); here’s a look at the 2017 one (from a clip in this post). 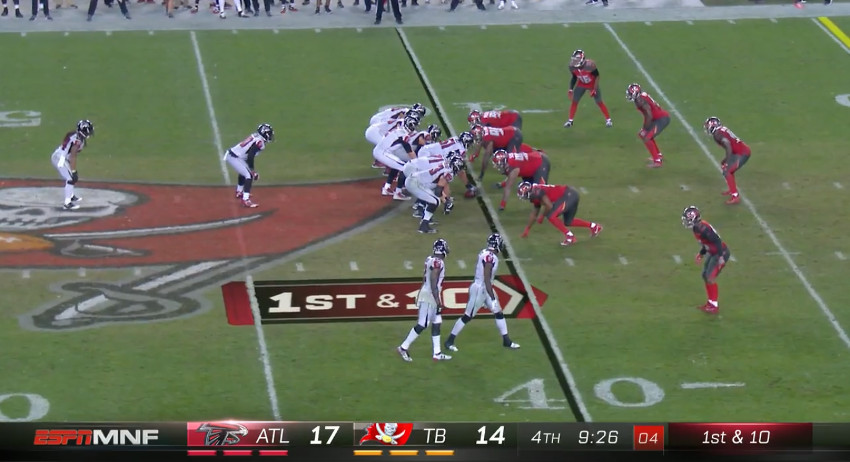 As you can see, one big difference is that the down and distance arrow is no longer on the field, but now on the scorebug. And interestingly, when the team going left-to-right has the ball, that arrow moves to the left side of the scorebug. Unusual formations and the players involved are also listed in a bar above the scorebug. Here’s a look at that: 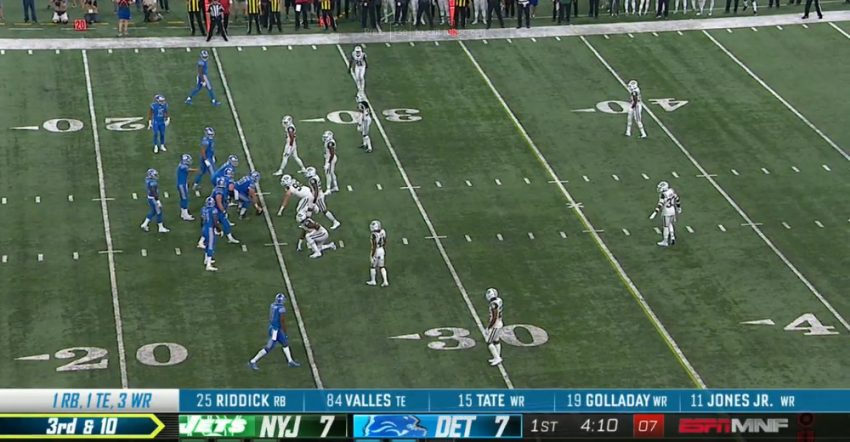 And, when there’s a flag, that slides in in place of the down and distance marker: 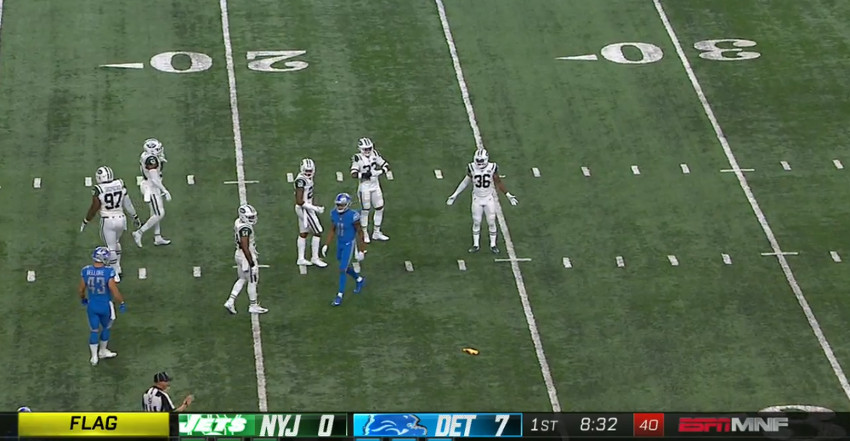 And here’s how that looks with a flag on the team moving right to left: 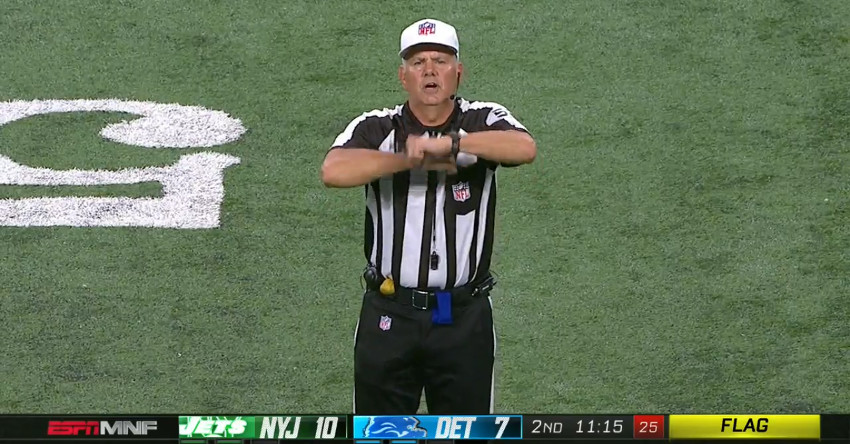 Beyond that, the font for the team names and scores is larger and more italicized (which fits with the college football scorebug changes). It does indicate more of an emphasis on the current score, and it removes the down and distance arrow from the field of play, but that’s not necessarily positive for everyone. Twitter saw some mixed reviews:

Love the arrow point the direction in the bug and not on the field. I’ve been waiting for bug to do that.

Oh, interesting. They're not only indicating the direction the ball is moving, but that determines what side the down-and-distance and flag indicator is on. I… don't think I like that actually.

The like bright/over exposed is kind of annoying but overall not bad.

I think the Jets logo part is not the easiest to read.

It looks good. My god people will complain about anything

The internet is proof that yes, people will complain about anything. But there’s some support for this as well as criticism. We’ll see how that changes over time. Maybe some day, this will be the old Monday Night Football graphic that everyone clamors for a return to.