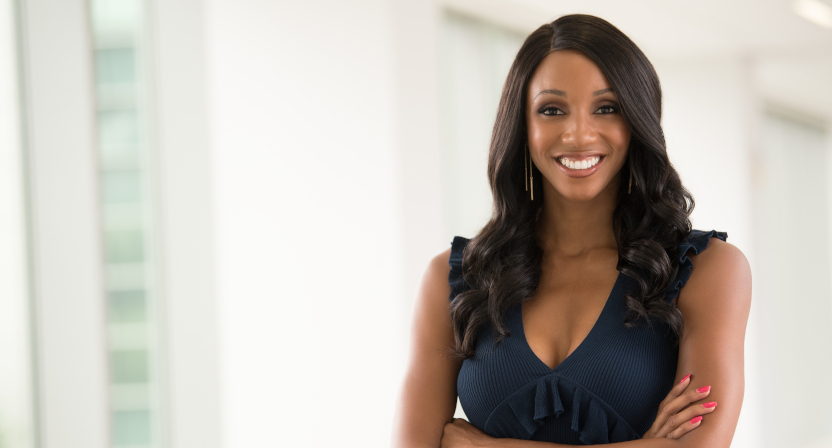 As per a report from Andrew Marchand of The New York Post, Maria Taylor may not be at ESPN much longer. Taylor has filled a lot of roles at ESPN since 2014, including her current status as NBA Countdown host for the NBA Finals and sideline reporter for top college football games and the College Football Championship. But Marchand writes that Taylor may soon be moving on, with her contract expiring as of July 20 (before even the end of a potential seven-game NBA Finals), with ESPN offering her at most “near $5 million,” and with their current offer to her reportedly between $2 and $3 million. Here’s more from that piece:

At one point in negotiations with NBA Finals host and College Football national championship sideline reporter Maria Taylor, ESPN offered her a raise from her current salary of nearly $1 million per year that would eventually reach almost $5 million, according to sources.

Taylor turned it down.

Taylor, sources said, was hoping to be in the “Stephen A. Smith money” neighborhood, which is near $8 million annually.

But since the initial near $5 million offer was made during last year’s pandemic, the world at ESPN has changed even further. With Disney closely watching the network’s pocketbook, the majority of big earners at ESPN are being asked to take pay cuts.

…But, in Taylor, ESPN sees someone it wants to keep. The near $5 million offer was made when ESPN was beginning its reduction of salaries across the board.

Today, ESPN wants to keep Taylor, but the initial offer is not on the table, according to sources. What she is being offered right now is not known, but it is believed to be in the $2 million-$3 million range.

It’s worth noting that that piece is headlined “Maria Taylor, ESPN facing possible divorce over ‘Stephen A. Smith money.” That headline framing of if Taylor would get pay comparable to Smith is very favorable to ESPN management. Management has a whole lot of current interest in promoting narratives that might make Taylor look “greedy” to the public. And the idea that she’s asking for near $8 million would certainly fit into that.

Meanwhile, the only actual line in the piece about “Stephen A. Smith money” is  “sources said she was hoping to be in the ‘Stephen A. Smith money neighborhood.'” That’s not even proof that Taylor asked for that much, just that it might have been her hope at one point. Hope isn’t fact. And it’s very convenient to leave out of the headline that ESPN determined at one point last year (during the COVID-19 pandemic and across-the-board salary reductions, even) that they were willing to offer Taylor nearly $5 million, only to now cut that apparent offer in half.

It also should be mentioned that the bottom-line money discussions around particular network talents tend to miss a whole lot. There are countless other factors involved, from the amount of work (and what kind of work) these talents are being asked to do to what work opportunities they can pursue elsewhere to what endorsement opportunities they can pursue. A bottom-line number of “X a year” doesn’t always tell the whole story, one way or the other.

Does this all lead to Taylor moving on from ESPN? That’s to be determined. Marchand is correct to note that there are likely limited other suitors, and that’s just part of the sports media landscape these days, with ESPN the main network doing much beyond live sports events. He does mention that NBC and Amazon could be landing spots, but that “it is unknown if there are any advanced talks.” So maybe Taylor stays, maybe she goes.

But a notable part of this is that Disney (which actually has seen major stock gains over the last year, including from the takeoffs of their streaming services, so take all the “during the pandemic” lines about them with some salt) is apparently now only offering Taylor half of what they offered her last year. Maybe that offer’s better in some other ways, or maybe it’s not. Maybe they can get her to agree to it, maybe they can’t. Times change, perceived competition changes, and maybe they’re actually able to sign her for less now than last year. But it’s still remarkable to see reports of that dramatic of a decline in a company’s offer to an on-air talent.