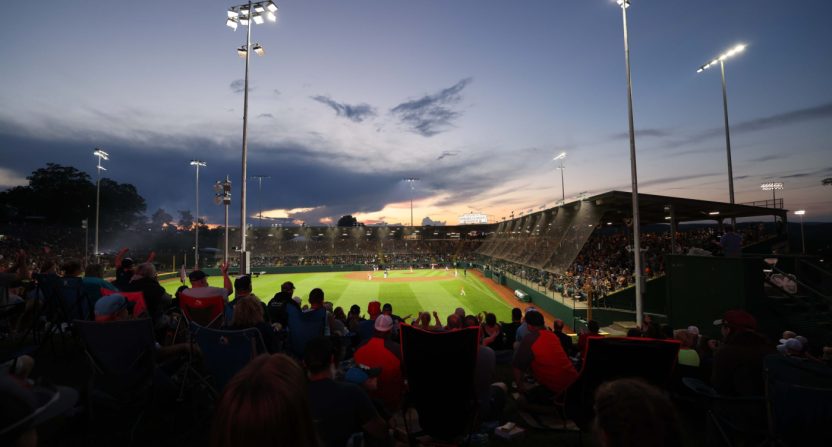 The 2022 MLB Little League Classic took place this week, an annual ESPN broadcast held in Williamsport, Pennsylvania from the Little League World Series. During the Sunday Night Baseball broadcast, ESPN aired a video of players from the Midwest Region Little League team sticking what appeared to be a cotton-like material on a Black teammate’s head.

“During the broadcast of the MLB Little League Classic, a Midwest player was shown with filling from a stuffed animal given away at the game on his head,” Little League International said in their statement. “After speaking with the team, as well as reviewing photos, multiple players on the Midwest Region team were taking part in this while enjoying the game. As only one player appeared on the broadcast, Little League International understands that the actions shown could be perceived as racially insensitive.

“We have spoken with the player’s mother and the coaches, who have assured us that there was no ill-intent behind the action shown during the broadcast.”

ESPN did not address the incident until Tuesday when they offered a rather thin statement via The Washington Post:

“We understand the sensitivities and are in touch with Little League organizers about the situation,” ESPN said in a statement on Tuesday.

During the clip, which features a Black player sitting expressionless as his teammates stick stuffing from a toy to his head, Sunday Night Baseball play-by-play voice Karl Ravech said, “That’s just Little Leaguers being Little Leaguers.”

Ravech proceeded to preview next week’s Sunday Night Baseball matchup, but when he was done, ESPN cameras continued to display the Little Leaguer with cotton on his head.

More than expecting the broadcasters to address the awkward clip, which has been perceived by many as having racial implications, ESPN’s egregious error lies within the production decision to keep airing the incident for more than 30 seconds. Regardless of the Little Leaguers’ intentions, it was an obviously bad optic, and one that ESPN should have had the prudence to recognize.