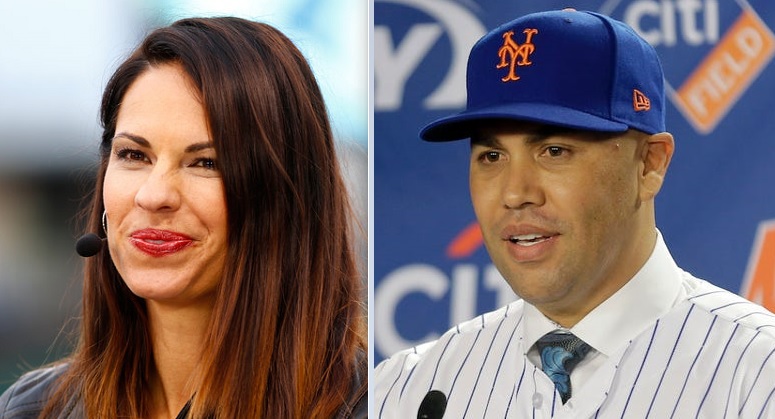 Major League Baseball punishing the Houston Astros for their sign-stealing scheme, specifically the suspensions of general manager Jeff Luhnow and manager A.J. Hinch, during the 2017 season has resulted in consequences for other teams as well.

On Tuesday, the Boston Red Sox announced a “mutual parting” with manager Alex Cora, who was the Astros’ bench coach in 2017 and reportedly implemented a similar system for the Red Sox during the 2018 season. But MLB’s report on its investigation also named Carlos Beltran for taking an active role on the player side in stealing opponent’s pitching signs from TV monitors and relaying them to Astros batters.

Beltran is now the manager of the New York Mets, set to begin his first season leading the team. However, his involvement in the Astros’ sign-stealing scandal has led to intense speculation that the Mets will have to fire him and pre-empt any possible suspension from MLB, in addition to avoiding the line of questioning that will surely confront the team when it reports for spring training in February.

On Thursday’s Golic and Wingo morning show, ESPN baseball analyst Jessica Mendoza gave her take on the sign-stealing scandal. In particular, she was asked about the role pitcher Mike Fiers played in speaking to The Athletic’s Ken Rosenthal and Evan Drellich, which exposed the Astros’ scheme to the public. Did Fiers break baseball Omertà, the code of silence among players, by revealing the sign-stealing to reporters? According to Mendoza, yes.

“To go public with it and call them out and start all of this, it’s hard to swallow.”

“To go public, yeah, it didn’t set well with me,” Mendoza told host Mike Golic. “And honestly, it made me sad for the sport that that’s how this all got found out. This wasn’t something that MLB naturally investigated.”

That is a highly problematic perspective from Mendoza. It’s understandable that she might look at it from the view of an athlete, that Fiers broke a code among his fellow players. But not only was he helping his new team when he went to the Oakland Athletics, but Fiers was blowing the whistle on a wrongdoing that was hurting other players facing the Astros. As he told Rosenthal and Drellich, “there are guys who are losing their jobs because they’re going in there not knowing.”

Uncovering cheating in the sport, something that could directly affect the results of games and the careers of players should be applauded, not criticized.

Mendoza is entitled to her opinion and it’s her job to express it — which she continued to do across ESPN morning programming, saying Fiers “ratted everyone out.”

Jessica Mendoza, a Mets employee, is on a self inflicted credibility killing PR blitz doing the entire ESPN carwash. On First Take, She goes after Fiers again saying he “ratted out” on everyone (ratted being repeated by ESPN host) and then says she got “fired up” about it. pic.twitter.com/8hddkQ1Arv

But her take on this scandal invites scrutiny toward her stake in the situation. In addition to her work for ESPN, Mendoza is an employee of the New York Mets, hired last year as a baseball operations adviser to general manager Brodie Van Wagenen. That role has drawn heavy criticism for the conflict of interest it creates in her role as a game analyst on ESPN’s weekly showcase, Sunday Night Baseball. Teams such as the Los Angeles Dodgers have banned Mendoza from the clubhouse, believing that she could learn proprietary information that could be utilized by the Mets.

Now, her criticism of Fiers for snitching on former teammates invites the question of whether or not she’s discrediting him to defend Beltran. Sure, it’s possible that she would have this opinion regardless. But Mendoza works for a team that could be directly affected by this sign-stealing scandal. It’s not difficult to imagine that Mets management told her — either outrightly or subtlely — to call Fiers’ integrity into question and thus salvage Beltran’s reputation.

It’s an obvious conflict of interest, exactly the sort of issue baseball and media critics pointed to when Mendoza was hired by the Mets. Appearing on television to comment on a situation she’s at least indirectly involved with is a position ESPN never should have put her in.

UPDATE: Mendoza issued a statement on Twitter, clarifying that she disagreed with how Fiers made his knowledge of the sign-stealing public.