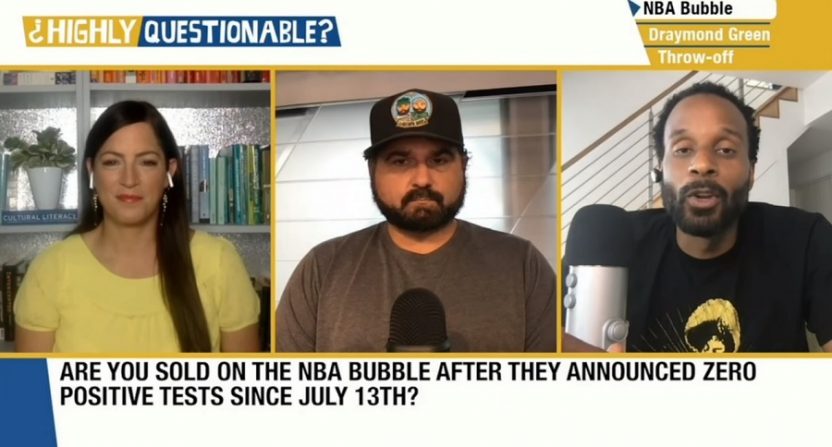 Once the calendar shifts to August, sports networks typically shift their daily schedules to focus on the minutiae of the NFL season. ESPN is no exception, and next month, NFL Live will be moving to a more prominent slot in the network’s daily schedule.

On Wednesday, ESPN announced that NFL Live would be shifting to 4 PM on its Monday-Friday schedule, effective as of August 17th. The sacrificial lambs for the move would be Jalen & Jacoby and Highly Questionable, shifting to 2 PM and 2:30 PM, respectively.

Earlier this month, ESPN had announced the regular resumption of its daily schedule, including NFL Live at 2 PM and the pairing of Jalen & Jacoby and Highly Questionable in the 4 PM hour. Wildly, Dan Le Batard himself broke the news of Highly Questionable’s schedule shift days after ESPN announced its placement at 4:30 PM, per The Big Lead.

“They’re demoting Highly Questionable too. Go ahead and put that in the paper. To the graveyard shift of 2:30 in the afternoon. I’m thrilled that Mina Kimes is going to be doing the–so this hasn’t been announced? No portion of this? Because I went on vacation. Am I announcing something that had– well, I’m allowed to announce my portion of it but regardless we’re being replaced at four o’clock.”

Here’s a very brief summary of events, in case you were at all confused by the conflicting press releases.

Got all that? And for good measure, ESPN announced the new cast of NFL Live on June 30th, making zero mention of its scheduling in the press release.

I understand wanting to focus on the NFL once we get closer to football season. But setting your daily schedule in July after four months of chaos, and then announcing just two weeks later that you’re going to be resetting the schedule in August, is just bizarre.