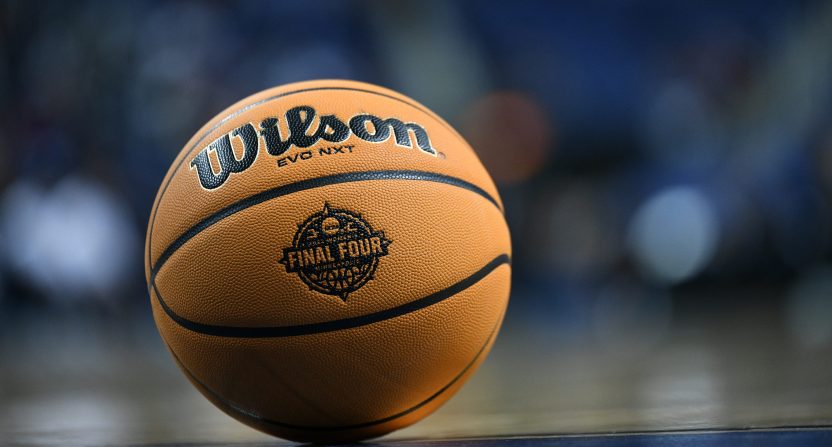 On Wednesday (just after we posted our NCAA Women’s Tournament Final Four primer), ESPN announced that the Women’s Final Four and National Championship would be the latest events to get the MegaCast treatment.

The traditional broadcast of the three games on Friday and Sunday will air on ESPN, with all three games being called by Ryan Ruocco, Rebecca Lobo, Andraya Carter, and Holly Rowe.

Another broadcast will be the one lazily compared to the ManningCast: Sue Bird and Diana Taurasi will host The Bird & Taurasi Show on-site at the Target Center. Per ESPN, “the duo will have their own set on the concourse level of the arena, joined by various special guests from the worlds of sports, pop culture and more.” During the Final Four games on Friday, The Bird & Taurasi Show will air on ESPNU and ESPN+, while it will air on ESPN2 and ESPN+ for Sunday’s National Championship.

A third broadcast is the “player tracking” feed, airing on ESPN+ during the Final Four and both ESPNU and ESPN+ for the National Championship. Here’s ESPN’s description of the feed, which we’ve seen before on various alternate broadcasts. The company announced their partnership with Genius Sports, the parent company of Second Spectrum, earlier this month.

Second Spectrum Player Tracking will be available as a MegaCast feed, as ESPN will be able to select from a suite of data-driven visualizations, including split-second shot probabilities and distances to 3-point special effects, captured through optical tracking technology that identifies and delivers the precise coordinates of every player and the ball, 25 times a second.

Two other feeds are available exclusively on ESPN+ for all three games: the “beyond the rim” feed’s selling point is an aerial camera view, while the “on the rail” feed provides a full length view of the court. The former broadcast will include audio from the main ESPN feed, while the latter is natural sound only.

This is a logical move for ESPN, and I appreciate that the alternate feeds don’t border on excessive like we see during the College Football Playoff.