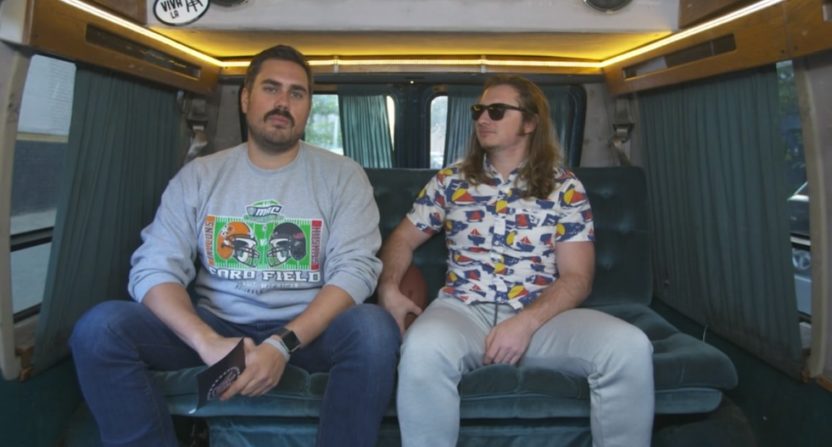 ESPN is undoubtedly evolving. As with all change brought on by evolution, it’s being brought upon by external pressures forcing the issue. We’ve been seeing examples of ESPN adjusting to the changing market for a while now, perhaps most notably and painfully during the massive round of layoffs earlier this year.

But ESPN certainly hasn’t instituted a hiring freeze. Rather, they’ve added plenty from outside the organization, including Adrian Wojnarowski, Katie Nolan, Barstool’s Dan “Barstool Big Cat” Katz and PFT Commenter, and even NHL writer Greg Wyshynski. Among others, these hirings signal a new direction from ESPN. Rather than try to create their own stars from within, why not bring in names with preexisting audiences and let them do their thing on ESPN’s airwaves and online spaces?

Some quick illustrative math: Woj, Nolan, Katz, PFT Commenter, and Wyshynski come to ESPN with a total of 3.3 million Twitter followers. Obviously, those aren’t unique followers, and, just as obviously, measuring potential impact based on a social media following is hardly an exact science. The ratings for the debut episode of Barstool Van Talk, for example, demonstrate the lack of direct correlation, at least as is currently measurable.

But you can certainly see what ESPN is thinking. As a company, ESPN remains the #1 brand in sports media, with resources and reach that allow it to cherry pick talent that has already been proven successful, and in theory bankable, without having had to invest the time and money developing that talent in-house. Woj becomes the gold standard for NBA newsbreaking, building that reputation over a decade at Yahoo and beating ESPN’s competition again and again? Bring him over.

Pardon My Take becomes one of the most successful sports podcasts around, both because of and in spite of its association with Barstool? Give the guys involved a cheap television show and let them appear on your other programming. That’s a much easier sell for ESPN than giving a 1 AM ESPN2 show to a debuting face. Essentially, ESPN is acting like the big-market team it is – letting smaller organizations take the risks on finding and developing stars, then swooping in with the kind of platform, pay, and access those companies or networks can’t match.

In return, ESPN gets a new stable of talent, which is more comfortable playing for an online audience and cheaper than paying ex-coaches and players to sit around a studio desk for an hour.

It’s a licensing model, and one that could very well pay off.