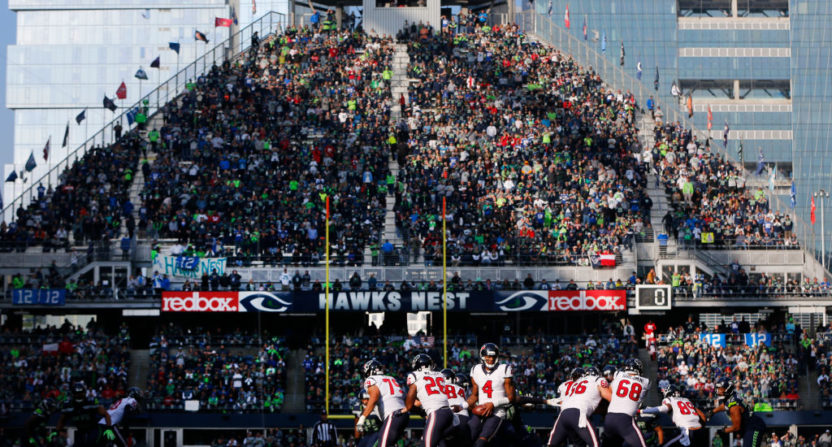 From 1987 to 2006, ESPN held the rights to Sunday Night Football. When NBC scooped up that package, ESPN grabbed Monday Night Football and has broadcast that weekly game ever since. In other words, it has been more than 30 years since ESPN did not air live NFL games.

But ESPN’s rights deal for Monday Night Football expires in 2021, and amid the ongoing financial turmoil at the network, the brass in Bristol could have a decision to make: should it re-up with the NFL, or move forward with no football package?

According to media reporter Jim Miller, executives at the network are beginning to wonder whether it’s time to walk away from pro football. Writing for The Hollywood Reporter, Miller offered five reasons why ESPN bailing on the NFL could be coming:

Miller is not reporting that the NFL will move away from football or even predicting it, but he makes a compelling case for why it would make sense.

When ESPN laid off 100 front-facing personalities earlier this year, signaling publicly that the network’s uninterrupted run of financial prosperity had come to an end, rights fees were fingered as a major reason why. The network negotiated not only its NFL deal but also its baseball, basketball, and college sports deals expecting subscriber fees to remain high for the foreseeable future. When cord-cutters put a dent in cable television’s subscriber base, ESPN was stuck with giant rights deals and a somewhat murky future. As Miller points out, the network could free up a whole lot of cash by letting the NFL walk away.

Of course, there’s somewhat of an existential question at play here. ESPN famously prides itself on being the “worldwide leader in sports,” and it’s harder to make that claim if you don’t broadcast the nation’s most popular league. ESPN has ample reason to think hard about its Monday Night Football deal, but parting with the NFL would be a dramatic step the network won’t take lightly.