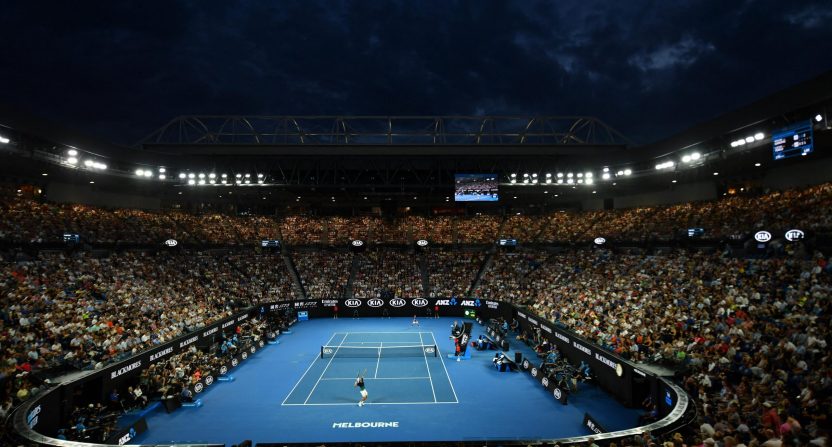 One of the more sensible pairings of sporting event and distribution partner will continue into the next decade, as ESPN has a new deal to carry the Australian Open through 2031.

The time zone difference for the first Grand Slam of the year has always made cable better-suited than a traditional network partner, and ESPN’s production expertise and ability to translate big event feel to an audience usually leads to a very compelling product during American winter. The new deal means that won’t change in the near future.

ESPN and Tennis Australia have signed a nine-year agreement – 2023 to 2031 – for continued exclusive live “first ball to last ball” coverage across ESPN, ESPN2 and ESPN+ for the Australian Open, tennis’ first Major of the year.  Action from Melbourne will be comprehensive, with every match from all 16 courts – all singles (including qualifying), doubles, juniors, wheelchair and legends.  The agreement continues ESPN’s longest professional sports programming relationship – since 1984.  The 2023 Australian Open takes place next January 16-29.

“We are proud of our nearly four-decade relationship with Tennis Australia and are thrilled to continue our exclusive coverage of one of the sport’s most important events,” said Jimmy Pitaro, Chairman, ESPN and Sports Content.  “The Open has provided so many memorable moments on our networks. With the capacity and quality of ESPN+, we can bring fans Down Under for every match, from qualifying through the championship of each division.”

As someone who has spent most of his life in the American Midwest, I can vouch for how relaxing a watch the Australia Open can be in January. Seeing people in shorts outdoors on the other side of the world is a nice little nightly vacation. ESPN does tremendous work with it, and this is one of the times where the status quo being extended is a very positive bit of news.