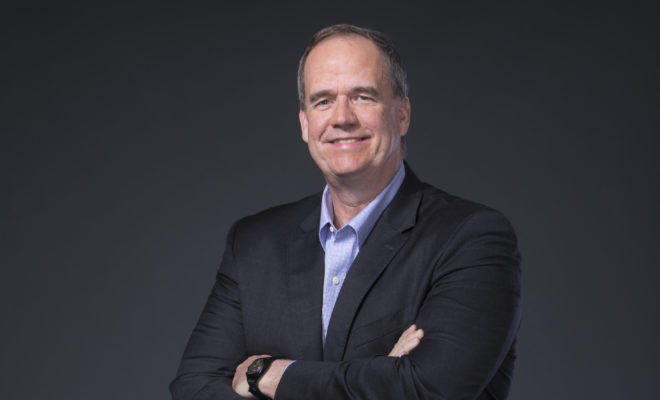 Almost a year-and-a-half ago, ESPN announced a new multi-year deal with investigative journalist Don Van Natta Jr. The move not only kept the two-time Pulitzer winner in-house but it also helped garner some good PR for the company, which had recently made a round of layoffs that seemed to imply that quality journalism was no longer a top priority. At the time, they championed his renewal as a sign that ESPN was “strengthening its commitment to investigative and long-form journalism.”

Now, ESPN is expanding Van Natta’s role to go well beyond writing for ESPN the Magazine and contributing for Outside the Lines. In fact, he’ll be the host of two new series, a docuseries and a podcast, both slated to debut in 2019. Van Natta will be working with executive producer John Dahl of ESPN Films on both projects.

The docuseries, known as Backstory, will “bring fresh reporting and perspectives by exploring what’s beneath some of sports’ biggest scandals and controversies,’ per an ESPN release. The series will be a combination of Van Natta’s reporting as well as interviews with the journalists who originally broke the stories and the people involved.

“As an investigative reporter for 25 years, I’ve tried to tell the in-depth stories that others might have overlooked,” said Van Natta, who will also co-executive produce the docuseries. “With Backstory, I’m excited for the chance to try to reveal new facts and surprising insights about some of sports’ most intriguing unanswered questions.”

The pilot episode will circle back to delve into the whole Manti Te’o/Lennay Kekua hoax from 2013.

Meanwhile, Van Natta will also work with Dahl on an interview podcast known as The Triangle. Van Natta will host each episode, which will include two guests that “provocative pairings that explore topics and shared histories with a level of depth, storytelling and, at times, conflict likely to test the comfort zones of all involved.” ESPN did not provide any details or specifics but it sounds like it was run in the same circles as Backstory.

“I’m so excited for the opportunity to dig deeply into some of the biggest scandals and controversies in sports as part of a docuseries while also developing a new podcast for ESPN,” said Van Natta. “And I can’t wait to collaborate with an all-star team led by John Dahl. Our goal for both projects is an ambitious one: Tell sports fans something new.”

Van Natta has been with ESPN since January 2012. He also spent 16 years with the The New York Times as an as an investigative correspondent prior to that. He was a member of two teams awarded the Pulitzer Prize while there and has published three books.