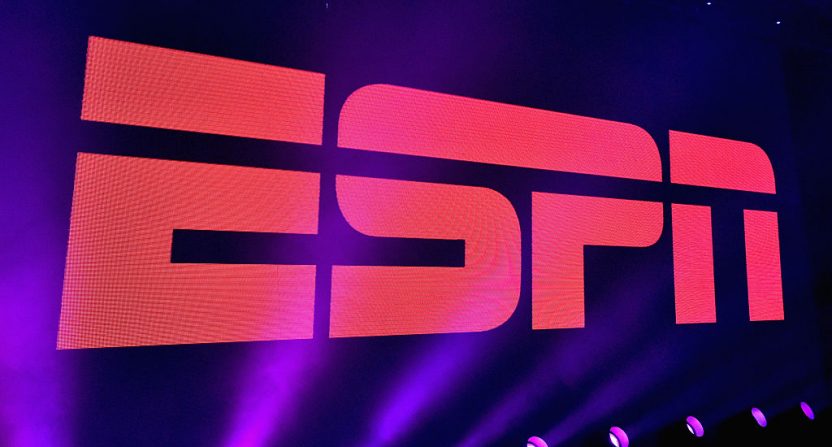 One of the most popular sports media debates of 2017 has been the existence, or lack thereof, of ESPN’s “liberal agenda.” The extremely polarizing election cycle of 2016 has bled into pretty much every aspect of our culture and sports is no different. And with ESPN at the top of the mountain and FS1 attempting to dethrone Bristol, some of their personalities have tried to cling on to this polarization to create an “us versus them” mentality to divide and conquer ESPN’s audience.

FS1, namely led by Clay Travis and Jason Whitlock, have repeatedly tried to paint ESPN as having a liberal agenda. It hasn’t really done anything to improve FS1’s ratings, it can’t really be blamed for ESPN’s business struggles, but the narrative now definitely exists. ESPN has tried to discount the narrative with surveys of their own, but sometimes narratives are all that matter in media.

Finally, an ESPN executive has gone on record swinging back on FS1 after taking it on the chin for several months. In Monday’s Sports Business Journal, ESPN Executive VP of Programming Burke Magnus calls the FS1 narrative “false” and in a very calculating move, refuses to even mention FS1 by name.

One of ESPN’s top executives accused Fox Sports of advocating what he called a false notion that the network operates with a liberal bias.

“The whole narrative is a false one that was seeded and perpetuated primarily by a direct business competitor,” said Burke Magnus, ESPN’s executive vice president of programming and scheduling. “We have no political agenda whatsoever.”

Fox Sports has given voice to many of the accusations of ESPN’s liberal bias. For example, Fox Sports 1’s afternoon studio show co-host, Jason Whitlock, wrote a May 7 editorial for The Wall Street Journal in which he accused ESPN of adhering to a “strict obedience to progressive political correctness.”

Magnus went on to tout ESPN’s talking point when it comes to allegations of the network’s liberal bias, that it wouldn’t make sense to step into politics and alienate half of their audience. He hits back at FS1 for trying to take advantage of the hyper-partisan political scene themselves to make a splash.

“It would be foolish in the business that we’re in to take sides on the political arena,” Magnus said. “Our business competitor perpetuates this narrative because in this highly partisan time, it suits them to highlight this distinction, even when it doesn’t exist.”

As is usually the case, the truth lies somewhere in the middle. There’s no denying that ESPN has become more liberal. Just look at the facts and their decision making over the last few year when it comes to programming, on-air talent, how that talent speaks out on social media, and so on and so forth. However, the result of ESPN leaning left has been more organic from a drive to become more diverse versus a top-down conspiracy to try to align the network’s philosophy with MSNBC. FS1 would have you believe that ESPN is dedicating the 5th inning of Sunday Night Baseball to do an Elizabeth Warren 2020 infomercial and it’s just not true.

FS1’s brazen personalities have overblown it for sure, but the narrative that exists has definitely had an impact on ESPN as rare as it is to see them come out and swing back at FS1. And you can tell how fed up ESPN is with it when one of their top executives refuses to call them by name. Who knows, perhaps the decision to bring back Hank Williams Jr. is a way to try to prove that ESPN is not in fact leading the deep state resistance to Donald Trump.

It hasn’t brought FS1 any closer to actually competing with ESPN, but it has made a lot of people annoyed and upset on all sides.