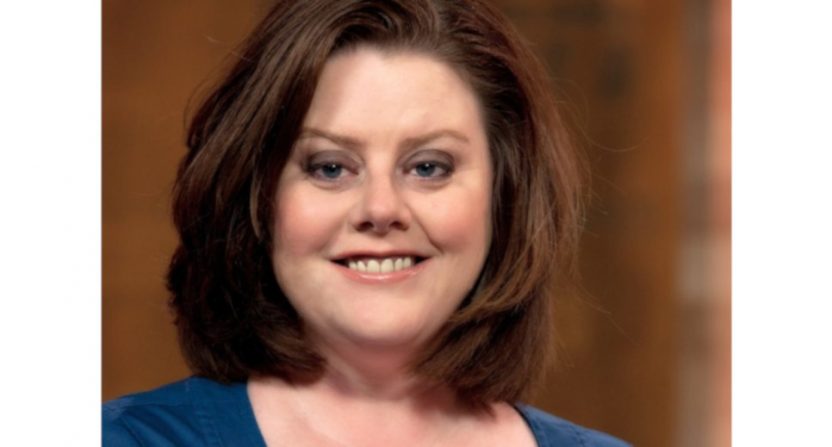 For the second year in a row, ESPN has shaken up the roles of some of its top executives in December. Last year’s changes came in the first week of December, shortly before John Skipper’s surprising resignation; these ones have come later in the month. But it’s many of the same people involved. The most notable outcomes out of this latest batch of changes may be a promotion for Stephanie Druley (seen above in a 2015 photo from ESPN’s Joe Faraoni), who’s now co-running event and studio production with Norby Williamson, and a shift in ESPN.com leadership, with that division now under senior VP (social and digital content) Ryan Spoon. Here’s more from John Ourand of Sports Business Journal:

Those notes on having Fitting and Shiffman oversee all programming in particular sports are notable as well, and that approach makes some sense. While both college football and college basketball are quite different from the professional games on many fronts, there’s a fair bit in common in how ESPN covers them. And there are more similarities between college and pro football telecasts than between college football and college basketball ones.

It’s interesting to see how Shiffman’s responsibilities are changing too, as last December’s changes saw him with the title of vice-president (content strategy, SportsCenter and news) and reporting to Rob King (then-senior VP of original content, newsgathering and digital media) and “handling ESPN’s multiplatform newsgathering and news operations teams.” Now, he’s handling production, and is overseeing that on the basketball side. Meanwhile, King’s title is now senior VP of original content, and he’s to “oversee storytelling across ESPN’s linear and digital properties.”

As per Druley, her ESPN bio had her previously listed as senior vice president (event and studio production), a title she received in July 2016. In that role, she was “responsible for the entirety of ESPN’s remote production portfolio and associated studio shows for college sports, the National Football League and Major League Baseball” and “over[saw] all production aspects for ESPN’s college networks and ESPN3.” She also added international and Spanish-language production oversight in 2017. So she’s still working in a similar area to where she was, but at a higher level.

Ourand’s piece also notes that Druley and Williamson will have different people reporting to them. Fitting, Shiffman, Rodolfo Martinez (VP, international productions and operations) and Amy Rosenfeld (senior coordinating producer) will report to Druley, so she’ll be handling a lot of the sport-specific game broadcasts and studio shows, while Williamson retains several other direct reports focused on the business side and the cross-sports studio side, and will maintain his influence on SportsCenter. It’s also interesting to see Spoon now leading ESPN.com as well as social and digital content, and that may lead to more integration of social content in the main website.

All in all, it’s tough to forecast exactly what these sorts of executive changes will mean from the outside. But it’s interesting to see these moves, particularly with Druley given more influence, Fitting and Shiffman overseeing all programming (live and studio) in their given sports, and Spoon adding responsibility for ESPN.com. We’ll see what changes the company makes in those areas in the coming months.