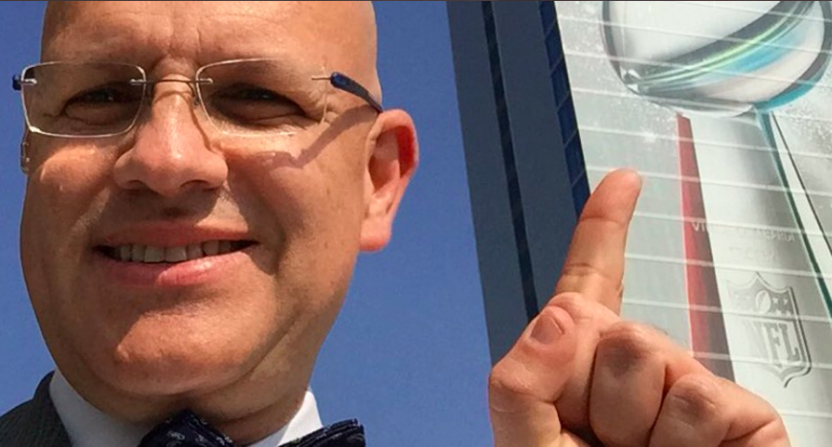 Eduardo Varela has called five Super Bowls for ESPN Deportes but he’ll miss Super Bowl LV after testing positive for COVID-19, per a statement from ESPN.

Varela was scheduled to announce the game alongside analyst Pablo Viruega and sideline reporter John Sutcliffe. However, following the positive test, he will be replaced in the booth by Ciro Procuna, host of Futbol Picante and NFL Semanal.

“ESPN’s top priority is the health and safety of our employees,” said Rodolfo Martinez, Vicepresidente de Producción, ESPN Deportes, in a statement. “While Eduardo won’t appear on our Super Bowl LV telecast this Sunday, we will be thinking of him throughout the event and doing our very best to make him proud.  We’ve been in close communication with him and wish him a speedy recovery at home.  Ciro Procuna will now join analyst Pablo Viruega and sideline reporter John Sutcliffe as part of our announcing team for the game.”

Varela also announced the news on his Twitterfeed, noting that he also expects to miss ESPN Deportes coverage of at least the initial rounds of play at the Australian Open.

“It hurts not to be able to call my sixth Super Bowl for ESPN and also miss at least the start of the Australian Open. Thank you with all my heart,” said Varela in the tweet.

Varela has been with ESPN since 1994 and serves as the lead Spanish-language announcer for ESPN International and ESPN Deportes on NFL games, college football, and tennis. He is also the first Spanish-speaking announcer to call an NFL game for television in the United States.