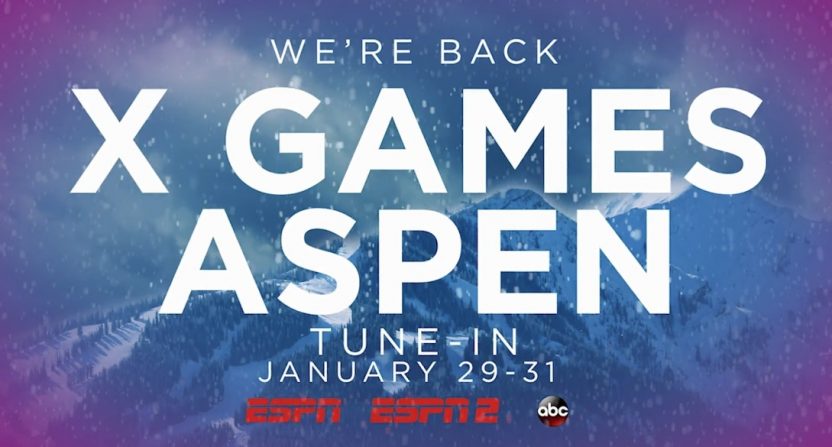 The X Games have been able to legally drink for several years, with the inaugural summer competition coming in 1995 and the first winter event coming in 1997. The ESPN created, produced, and broadcast events have been staples over the summer and winter since, and also expanded into international editions of varying success.

But the X Games may not be long for ESPN. According to a report from The Information, ESPN could look to sell either the X Games’ broadcast rights or the intellectual property rights themselves. A sale of the latter could bring in $50 million, while the network’s goals for the former were as high as $100 million.

For now ESPN is focusing on the sale of X Games. The company has considered a couple of options, including one scenario where it would sell the rights to show X Games events for many years to another outlet and ESPN would handle the production. ESPN had hoped such a deal would fetch around $100 million. But it is now more likely to simply sell the intellectual property underlying the games, a scenario that would only net around $50 million, people familiar with the situation said.

The fan-free 2021 Winter X Games begin on Friday, and several events will only be available on ESPN’s streaming and social platforms. ABC airs seven hours of live afternoon coverage over the weekend, with ESPN airing four and a half in the evening on the weekend. ESPN2’s only coverage airs late night Friday.

I’m not much of an extreme/action/outdoor/whatever you want to call it sports guy, but I feel like the Olympics have been able to somewhat cannibalize the X Games (albeit on a four year, as opposed to annual, cycle) by adding popular events to its program. For instance, snowboarding, a Winter X Games staple, became an Olympic sport in 1998 and expanded to five events in both 2014 and 2018. Summer-wise, skateboarding was poised to join the Olympics in 2020 before the postponement the Games, while BMX joined in 2008.

As for potential suitors, its anyone’s best guess. Given how short-term the X Games typically are (two long weekends a year, plus any extra international editions that pop up), would a company, in the sports media world or not, really value that content as highly as ESPN does? I honestly don’t have an answer. I can absolutely see a private equity company hoovering up the X Games with the goal of flipping it for future value. I can also see a digital streaming company buying the property rights and trying to roll out a branded qualifying series, if only for the live content.