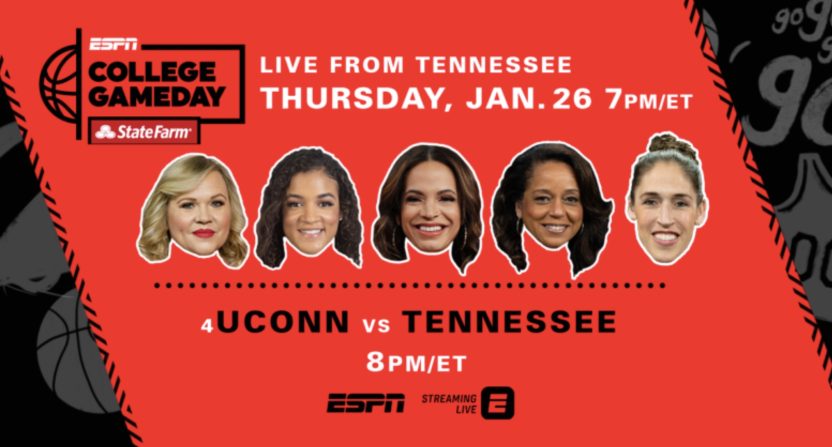 Last year, ESPN did its first College GameDay show featuring a women’s college basketball game in over a decade. This year, ESPN is expanding to three shows and announced the first will take place on January 26 at 7:00 pm et when UConn faces Tennessee in Knoxville. The other two games will be announced at a future time.

In addition to covering the game, ESPN will honor legendary coach Pat Summitt with the “We Back Pat” initiative, which promotes the Pat Summitt Foundation as they work to try and find a cure for Alzheimer’s disease. Summitt died in 2016 of the disease.

Either Tennesse or UConn was involved in ESPN’s previous College GameDay broadcasts. ESPN visited UConn in 2010 and visited Tennessee in 2011. Last year, GameDay was in Columbia, South Carolina for Tennessee-South Carolina as the Gamecocks beat the Volunteers in their path to winning the national championship.

This season, UConn is a top contender as usual, with a 13-2 record and currently ranked fourth. Tennessee is unranked at the moment, but they have a 12-6 record and arguably have one of the most difficult schedules in women’s basketball. Regardless of where they’re positioned, UConn-Tennessee is one of the most storied rivalries in women’s basketball so it should be a must-see game.