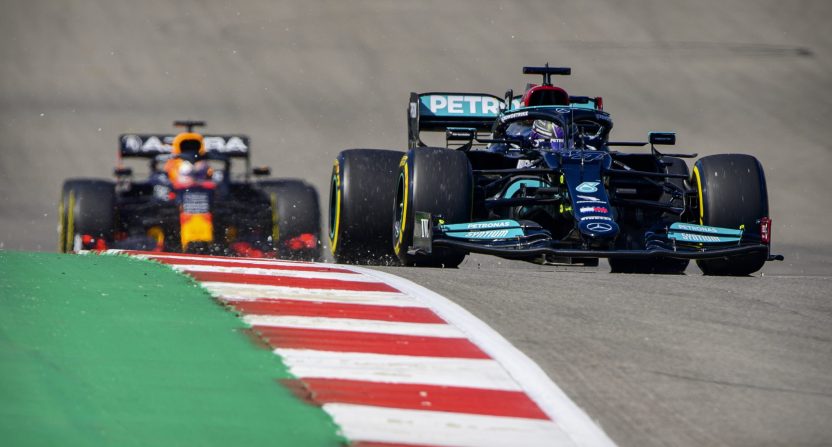 The 2021 Formula 1 season will go down in history as one of the most memorable seasons ever and regardless of the controversial finish of the season, more people in the United States have tuned into Formula 1 this year than in any other year.

These are encouraging numbers and given the way the season ended, there is reason for optimism for further growth. Having said that, it’s important to look at why more people are watching F1 now and how it could help or hurt ESPN’s F1 viewership in 2022.

First, the rivalry between Lewis Hamilton and Max Verstappen will be even more fierce in 2022 because of how the 2021 season ended. The year-long championship battle came down to the final race which ended with a controversial officiating decision that resulted in Verstappen winning the championship on the final lap. That finish might turn away some viewers but for the vast majority of people, they will be glued to Verstappen vs. Hamilton II.

Second, season four of Drive to Survive is set to premiere on Netflix before the start of the 2022 season. Drive to Survive is a big reason why there are so many new fans tuning in and Netflix will have an embarrassment of riches as they figure out how to tell the story of the 2021 season. It’ll serve as a refresher for fans as well as provide a dramatic backdrop for new fans as people prepare for the new season.

Third, and this is something that gets overlooked, ESPN had the benefit of one of the most TV-friendly schedules for a U.S. based broadcaster in the history of Formula 1. In 2021, F1 had 22 races and none of them took place in Asia where races that take place during the day would’ve started in the middle of the night in the United States. Due to COVID, races in Australia, China, Japan, and Singapore were canceled and the Middle Eastern races were all held at night locally so all 22 races in 2021 took place either in the morning or afternoon in the U.S.

This is a summary of where F1 races are held each season:

With day races held in Australia and Japan (Singapore is a night race and doesn’t apply), viewership will be below average since those races are held in the middle of the night. That’ll hurt average viewership but with Canada returning and a new race in Miami, those are two North American races that will be held in the afternoon and may compensate for Australia and Japan. Can that happen? It remains to be seen.

With ESPN entering the final year of their current Formula 1 rights deal, they have done their part to grow Formula 1 into what it currently is. That’s a dual-edged sword because it means ESPN will likely have to pay more in order to retain the rights but this is still a victory for ESPN and maybe something they can show to F1 owners Liberty Media that Formula 1 needs to stay at “The Worldwide Leader.”