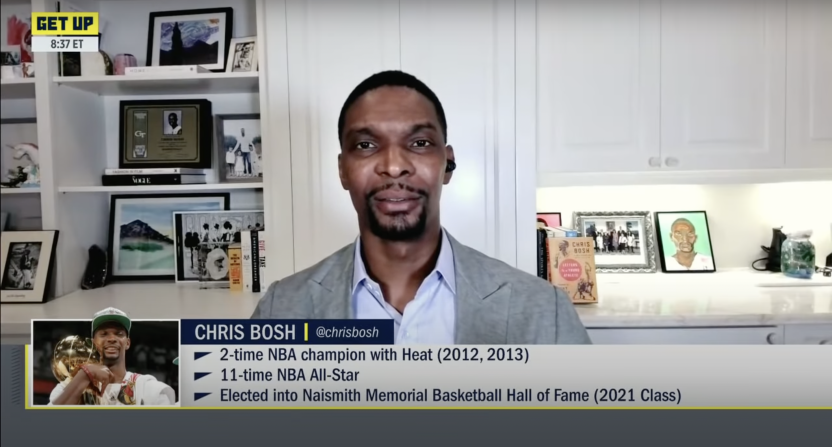 Over the weekend, Chris Bosh was enshrined in the Basketball Hall of Fame. On Tuesday, ESPN revealed that the former Raptor and Heat star will be joining the network for the rest of the NBA playoffs.

11x NBA All Star, 2x NBA Champion & @Hoophall Class of 2021 honoree @chrisbosh to serve as an @ESPNNBA analyst throughout the 2021 #NBA post-season pic.twitter.com/mK6SyWOOpS

Bosh wasted no time assimilating himself within ESPN’s various studio shows, appearing on Get Up before Tuesday’s announcement to preview the first round and play-in matchups. Barry Jackson of the Miami Herald elaborated on ESPN’s announcement, revealing on Twitter that Bosh will also be utilized on The Jump, First Take, Get Up, and “likely” SportsCenter in the coming weeks.

The two-time NBA champion was forced off the court in 2016 due to blood clots. After being hopeful of a potential NBA comeback, blood clots ultimately ended Bosh’s career after he revealed in 2019 that he wasn’t pursuing a playing career anymore. While ESPN said that Bosh was only hired for the postseason, maybe TV will be Chris Bosh’s next career move.