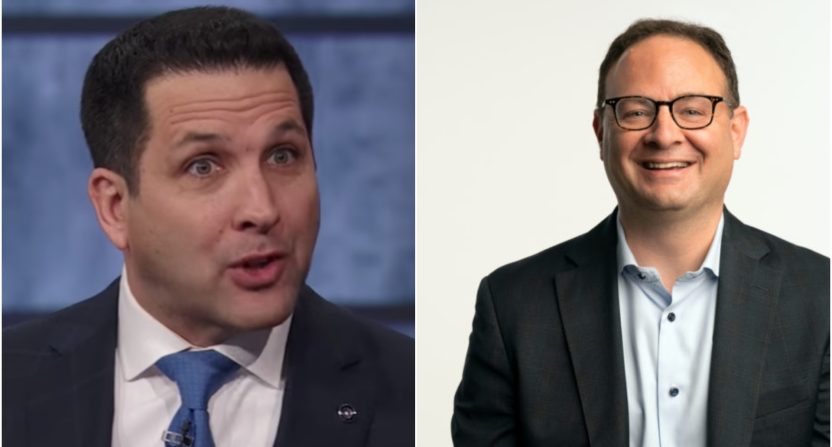 There have been rumors for months that ESPN’s top NFL and NBA insiders could be moving elsewhere.

Both Adam Schefter and Adrian Wojnarowski were set to be free agents, and there are clearly plenty of outlets looking to throw cash around. (Often outlets funded by sports betting.) Today, ESPN announced in fairly emphatic fashion that both Schefter and Woj will be staying put, sending out dual PR releases shortly after noon Eastern.

ESPN also released a statement from Jimmy Pitaro himself:

Pitaro mentions Jeff Passan as well, who also recently signed a new multiyear extension to remain at ESPN. Indeed, the network managed to lock up their top newsbreakers in the three major American sports, all amidst a marketplace that is seemingly teeming with cash to be spent. That’s not an easy feat, so it’s understandable ESPN is feeling itself a bit today with this planned news rollout.

Schefter and Woj are both clearly as plugged in as it gets in their respective sports, and they both also bring massive social media followings. (On Twitter alone, Woj has 5.2 million followers, while Schefter has 9.4 million.) They bring their own platform and audience in addition to their respective sources and work ethics. According to the longer releases, both will continue appearing across a wide array of ESPN programming.

Woj was always a safe bet for ESPN to try and retain, though Schefter’s coverage of sexual and domestic assault cases has drawn plenty of criticism this past year in multiple cases, but clearly ESPN valued what he brings on the reporting and social media side enough to overlook that tenor of coverage.

If a gambling outlet or sportsbook wants to scoop an insider in order to claim they offer bettors the best possible information (or whatever reason they might have for doing it), they’ll have to look beyond ESPN’s top-tier newsbreakers to do it.