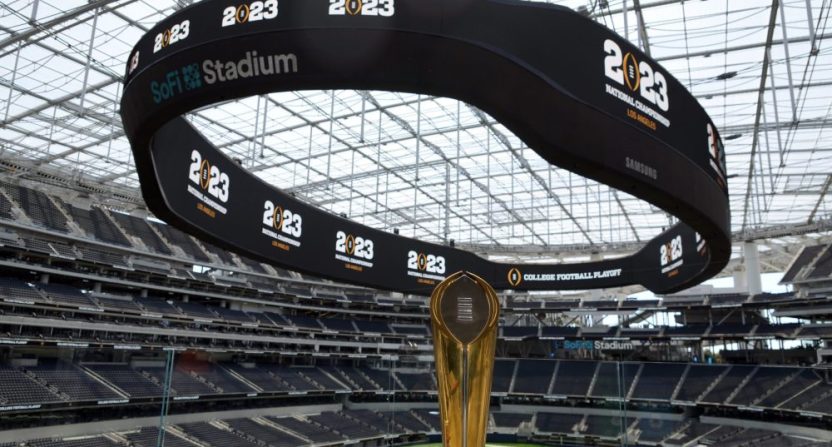 The Fiesta Bowl, Peach Bowl, and National Championship will all be screened in various Cinemark theaters nationwide, including near the campuses of three of the four schools in the Playoff (sorry, Georgia – only one theater in the state is participating, and it’s nearly 100 miles from Athens).

“Cinemark is thrilled to once again offer college football fans an opportunity to watch this year’s most anticipated games in our immersive, shared environment, especially given the enthusiasm we saw in our theaters last year,” said Wanda Gierhart Fearing, Cinemark Chief Marketing and Content Officer. “We are thankful for the collaboration with ESPN and our ability to bring this year’s games to even more cities as we expand participating locations. Our larger-than-life screens and booming surround sound create the ultimate experience for fans to cheer on their team without missing a single heart-pounding play.”

At the very least, this is a nice twist from watching at a sports bar. I don’t see much, if any, downside here for ESPN and the Playoff, so why not give it another whirl and see what happens?