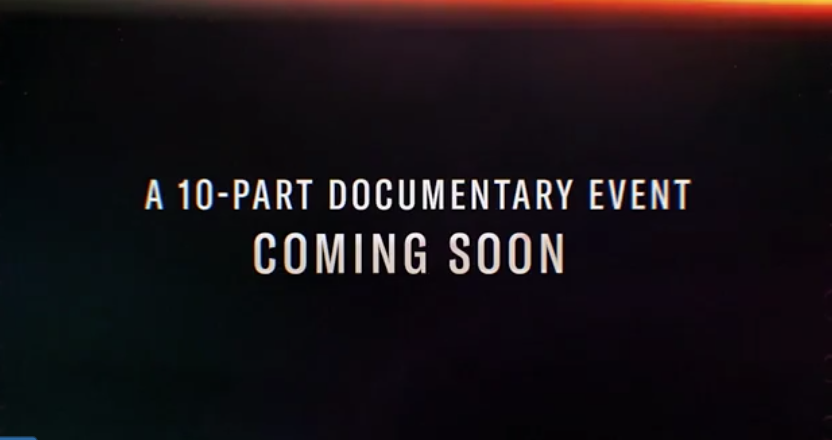 With live sports effectively canceled for the foreseeable future and the production of studio shows in limbo (FS1 has shut down studio production), the biggest question in sports media has been what content can sports media networks provide for sports fans clamoring for a mental escape from the realities of the coronavirus. An idea that has caught fire on social media was for ESPN to expedite the premiere date of The Last Dance, the 10-part documentary miniseries about Michael Jordan’s last season with the Bulls. The planned premiere date was set for June 2, which would overlap with the NBA Finals (a recipe ESPN used to great success for the O.J. documentary series).

Raise your hand if you’d like to see @espn go early — like next week — with the release of “The Last Dance,” the 10-part doc series about the @chicagobulls dynasty of the 1990s. Just a thought.

While not yet finalized, it seems that ESPN is mobilizing to make this expedited release date a reality. Over the weekend, we’ve noticed the airdate information at the end of their promo for the series changed from “Coming in June” to “Coming Soon” as you’ll see below.

This is a pretty big tell, as we’re about 80 days away from when ESPN was originally planning on airing The Last Dance. That’s not exactly soon at all. You were probably Christmas shopping and watching really crummy bowl games ~80 days ago for perspective. Advertising the tournament selection show back then as “Coming Soon” would’ve just been weird.

So… ESPN’s commercials for the Michael Jordan documentary, “The Last Dance” had all said “June 2.”

ESPN traditionally hasn’t been vague in their advertising of new programming in terms of release date. A month or season is given when the release is not that soon, and then when close to an airdate, the official airdate or day of the week is usually spotlighted. That’s a long way of saying that “Coming Soon” isn’t a regular tactic they use. Earlier trailers all said coming in June as you’ll see below.

The other interesting thing to note here is that ESPN has been showing an awful lot of commercials the past few days for The Last Dance, which really wouldn’t make sense if it was indeed coming in June. While ESPN no longer has games they need to promote, and we’re seeing 30 for 30 and other programming getting a lot more promotional love instead, it wouldn’t make much sense to be hammering The Last Dance so hard 80 days out.

If I'm ESPN, I'm locking Connor Schell in an editing room with 'The Last Dance' 24/7 and dropping that Michael Jordan/Chicago Bulls doc as soon as possible.

The other question would be, how does ESPN roll these out? One a night in two consecutive weeks? Would they air the first few on ESPN, while dumping the rest on ESPN+ ahead of the back half of the series airing on television? ESPN used a similar tactic with the O.J. miniseries, where future episodes were on their app before airing on ESPN. Regardless of the particulars of the release, it seems likely that ESPN will pull the trigger on releasing a highly anticipated piece of content ahead of schedule to the delight of sports fans in need of a fix. It’s the right move, and as long as the finished product isn’t being sacrificed, I think everyone wins here as long as you don’t have too big of a watch party to celebrate.