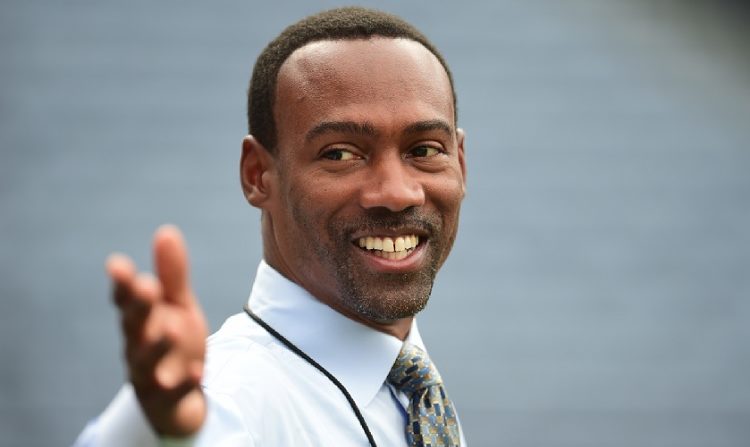 Former ESPN baseball analyst Doug Glanville, who was let go by the network in April’s wave of mass layoffs, has an impressive new gig. The nine-year major league outfielder will teach a class at his alma mater, the University of Pennsylvania, this fall. Glanville will teach at the Annenberg School for Communication, lecturing for an advanced level course titled “Communication, Sports and Social Justice.”

Here is a description of Glanville’s course, which will be offered during the Spring 2018 semester, from an official release:

“This unique course will examine the relationship between sports, celebrity, and the power to communicate for social justice. Through case studies, review of current events, and empirical evidence from Glanville’s own experience, students will learn to evaluate the patterns and strategies that athletes have employed to elevate an issue. The course will help students develop a critical eye for communication approaches and how well those tactics yield the desired changes. The undergraduate class is open for registration by students who are enrolled at the University of Pennsylvania for the spring 2018 semester.”

Exploring how athletes and celebrities use their public profile to share their thoughts on social and cultural issues is certainly relevant. One of the prevailing storylines of this NFL season has been players protesting social injustice during the national anthem, a demonstration that has generated controversy among fans, media and even the President of the United States. We’ve seen such activism displayed in a variety of other sports as well, including the NBA, MLB and soccer.

Glanville, 47, also has personal experience with social injustice that he can share with his students, as he has with readers of his recurring New York Times column. Three years ago, he wrote a column for The Atlantic in which he described being racially profiled while shoveling snow from his driveway by a police officer.

A police officer from West Hartford had pulled up across the street, exited his vehicle, and begun walking in my direction. I noted the strangeness of his being in Hartford—an entirely separate town with its own police force—so I thought he needed help. He approached me with purpose, and then, without any introduction or explanation he asked, “So, you trying to make a few extra bucks, shoveling people’s driveways around here?”

Yet Glanville also presented the other side of the equation this October, writing a New York Times column in which he explained the relationship and understanding of police officers that he learned through playing baseball with them as a New Jersey Little Leaguer.

“But in the aftermath, instead of feeling only anger and dismay, I also felt a sense of opportunity. My past experience with police officers — when I’d seen them at their best, as my brothers — informed how I approached the situation and how it was resolved. An essay I wrote about it led to extensive dialogue locally, which in turn led to a clarification of Connecticut law about the limits on police crossing town lines to enforce municipal ordinances. Later, I was honored to accept an appointment by the governor to the Connecticut Police Officer Standards and Training Council to add input on policy and training.”

Taking those experiences into consideration, no former athlete and TV personality might be better suited to lecture on the relationship between celebrity and social injustice. Glanville is active on social media, but offers a thoughtful, reasoned perspective to sports topics and social issues, and will almost certainly bring the same approach to his college course.

I always admired the way you worked at your craft and handled every situation with class. I’m disappointed but not surprised that no teams in @MLB have ever interviewed an @IvyLeague guy like you for a Managerial job. You are everything they say they are looking for.

Glanville interviewed for the Tampa Bay Rays’ manager position three years ago, but hasn’t been considered for any other openings since. (Though it’s unknown how many Glanville has pursued.)

With ESPN cutting its baseball coverage and FS1 favoring more personality-driven analysts, this is an intriguing next step for Glanville in his post-playing and post-television career. Maybe he could land at a place like MLB Network in the future, but perhaps Glanville is looking at a bigger picture now beyond sports and sports media to use his experiences for education. He certainly seems to be the right guy for it.