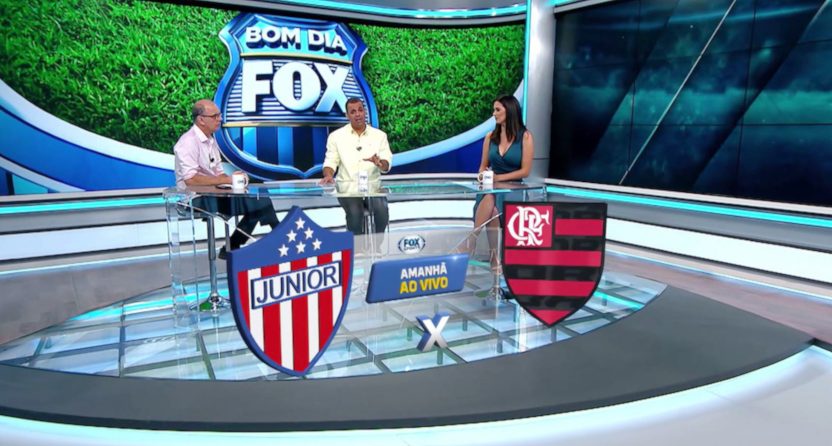 Yet another sports asset appears set to be carved out of the Disney-Fox deal. That deal initially included Fox’s 22 U.S. regional sports networks, which are now being sold as a requirement for Department of Justice approval of the wider deal (and that’s not going so well). It was also supposed to include UK broadcaster Sky, with Fox gaining full control of that service and then selling it to Disney, but Comcast stepped in to buy the 61 percent not held by Fox.

And now, the Fox Sports channels in Mexico and Brazil seem set to be sold off too thanks to regulatory opposition in those countries, which marked two of the final hurdles to the overall deal. Disney CEO Bob Iger flew to Brazil earlier this month for discussions with the antitrust regulators there, and now, Bloomberg’s Mario Sergio Lima and Andrea Navarro report that Disney is set to accept government recommendations to divest those Fox Sports properties in both Brazil and Mexico:

Walt Disney Co., on the brink of sealing its $71 billion takeover of 21st Century Fox Inc. entertainment assets, will agree to sell the Fox Sports channels in Brazil and Mexico to win regulatory approval there, according to people close to the discussions.

The companies earlier this week accepted the divestment recommendation of Brazil’s antitrust regulator, and at a meeting next week they’ll present an agreement to pursue the sale, said two of the people, who asked not to be identified because the discussions aren’t public. Competitors have already shown interest in the assets, said a third person.

In Mexico, Disney expects the country’s telecommunications regulator to require the sale of Fox Sports and is willing to agree to it, according to one person.

On one level, this is a loss for Disney. The assets in Brazil and Mexico could have been valuable for them, and could have had some synergies with ESPN’s existing operations in those reasons, giving them a whole lot of the sports market (which is why the regulators were concerned here) in two sports-hungry countries. And selling off these channels probably wasn’t in Disney’s plans, especially considering Iger’s trip earlier this month; if they believed having to sell those Brazilian assets was inevitable, Iger probably wouldn’t have traveled there personally.

In fact, Bloomberg’s report at that time (again from Sergio Lima, this time with Christopher Palmieri) indicated that some board members at Brazilian competition regulator Cade thought Disney could keep the Fox channel with behavioral remedies, and that’s presumably the case Iger was trying to make in person. Now, it seems the regulator has decided divestment is needed. And, as with the Fox RSNs, forced divestment may not lead to as much of a return.

But on the other hand, agreements in Brazil and Mexico put the overall Disney-Fox deal much closer to the finish line, and that’s important for Disney. Yes, this deal doesn’t include everything they initially wanted, but there are still major gains for them, especially with Fox’s movie and TV studios. And closing the deal means they can start integrating the units they did acquire. Also, the final details of the sales in Brazil and Mexico are still to be worked out, and Sergio Lima and Navarro note that “It’s unclear, for example, whether regulators will require the companies to sell the rights to sports programming, such as soccer games, in addition to the channels themselves.”

So Disney could perhaps hang on to some of Fox’s rights even with a sale of these channels. Even if they don’t manage that, though, Disney’s overall deal is still closer to fruition. It’s just not going to gain them as much on the sports front as they’d initially hoped.