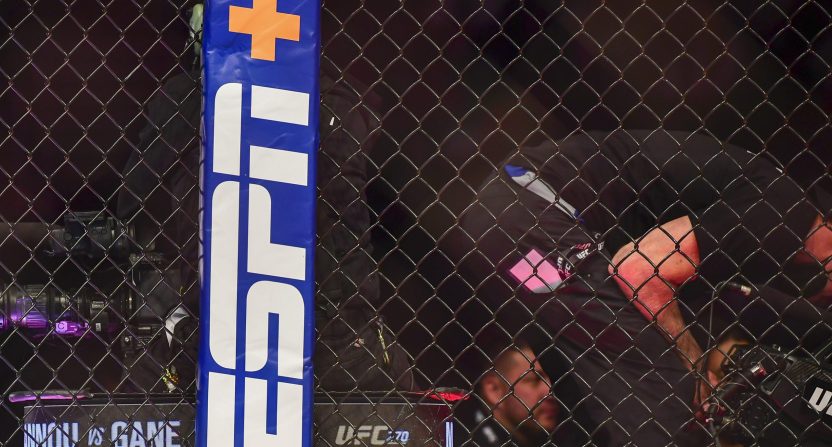 A direct to consumer offering for ESPN programming has often been called the endgame for the company, especially with cord cutting continuing to roll along.

During Disney’s earnings call on Wednesday, CEO Bob Chapek seemed to agree with that sentiment, and seemed to talk about a potential ESPN DTC offering (in addition to ESPN+) as an eventual step.

“It will be the ultimate fan offering,” he said during the call with Wall Street analysts. “It will appeal to superfans that really love sports, and I think there’s nobody but ESPN who could frankly pull that off. We don’t have a lot of specifics when it comes to structure, but we do believe that because sports is so powerful — in fact, in the last quarter, 46 of the top 50 most-viewed programs on linear TV were sports.” Sports is also “the third leg of our domestic offerings,” he added. “Right now, that expression is through the bundle and I think that can become very powerful for us going forward into the future.”

In fact, Deadline noticed when talking about the potential of the DTC offering, Chapek said “when” rather than “if,” which may or may not have been intentional.

Asked multiple times by analysts during the discussion of fiscal second-quarter results to outline how such a shift of ESPN’s focus might affect its financials, Chapek declined to offer any preliminary analysis. Even so, he also expressed more distinctly upbeat sentiment than either he or predecessor Bob Iger have in recent years. Chapek used the phrase “when it comes time to actually pull the trigger” (as opposed to “if”), but also cautioned, “We’re not ready to share the specifics of our models in terms of how it would take for us to reach profitability on that or the impact it would have on our linear business.”

So, how much would this cost? It’s a cop out, but that’s still up in the air.

Disney will clearly have an eye on Sinclair’s Bally Sports+ DTC service, launching this quarter. That service will run subscribers $19.99 per month, or $189.99 a year. If it flops at that price point, Disney will probably trend a bit lower for their ESPN offering to avoid the same fate. However, they won’t go too low – as of late 2020, carriers were paying $7.64 a month for ESPN, along with another $1.04 for ESPN2. In February, the rate for ESPN alone was reported at $9.68 per month. The company clearly won’t want to undercut that rate, so say the absolute lowest monthly price for the DTC service would be $12/month (in what is probably the ideal outcome for subscribers).

But if Bally Sports+ is a hit at $20, why wouldn’t ESPN go higher? The talking points write themselves: “hey, you’re not just getting one game a night: you’re getting all this original daytime programming too!” In a vacuum, it would be a better “deal” than Bally Sports+ (especially if it’s not just ESPN, but also ESPN2, SEC Network, etc), but the main selling points would seem to focus around quality and quantity rather than emotional attachment. You’re not subscribing to Bally Sports+ because you *love* Bally Sports content – you’re subscribing because you love your local team. Whereas with an ESPN DTC offering, you’re probably subscribing for the overall selection of exclusive college football and basketball games, along with other premium events throughout the year and maybe the daytime studio programming.

Which service would have more churn, given similar price points: the one with more original daytime, non-game programming and a potpourri of live games you may or may not be interested in, or the one with nearly every game from your local teams and not much else? It probably depends on the subscriber, and once this service begins to take shape, it wouldn’t shock me at all if Disney creates yet another bundle to make the price for the ESPN DTC service less shocking.

In other ESPN streaming news, ESPN+ is now up to 22.3 million subscribers, up a million from the last announced amount in February and up 62% from the 13.8 million subscriptions last May. Notably, the average monthly revenue per subscriber is now sitting at $4.73, while it was at $5.16 three months ago and $4.55 last year. That’s quite a ridiculous revenue stream for the company, in addition to the carriage fees they’re bringing in from cable and satellite carriers.