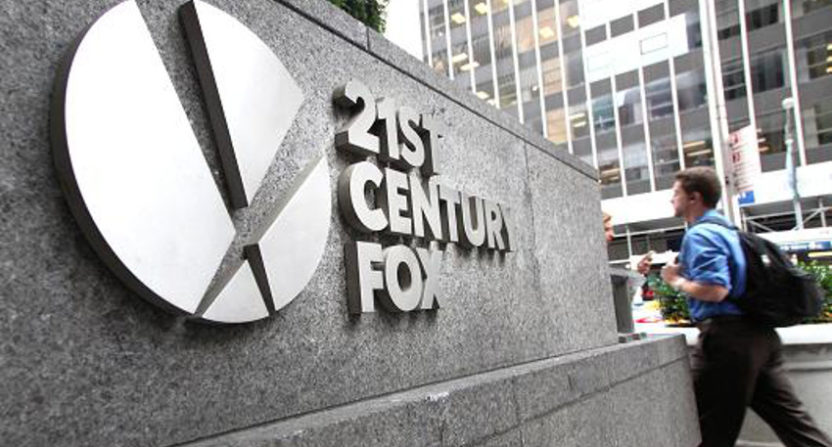 CNBC’s David Faber dropped a bombshell Monday, reporting that ESPN parent company Disney has held talks with 21st Century Fox about buying most of Fox’s assets, but not Fox News, Fox Sports, or the Fox broadcast network. Faber writes that the sides aren’t currently in talks at the moment, but that those talks could be revisited. If anything along these lines came true, it would have massive implications for sports, even without Fox Sports being involved in the deal.

Here’s more from Faber on just what is contemplated here:

For Fox, the willingness to engage in sale talks with Disney stems from a growing belief among its senior management that scale in media is of immediate importance and that there is not a path to gain that scale in entertainment through acquisition. The company is said to believe that a more tightly focused group of properties around news and sports could compete more effectively in the current marketplace.

…Disney would not purchase all of Fox, according to people with knowledge of the talks.

The company could not own two broadcast networks and would therefore not buy the Fox broadcast network. It would not buy Fox’s sports programming assets in the belief that combining them with ESPN could be seen as anti-competitive from an antitrust standpoint and it would not buy the Fox News or Business channel. Disney would also not purchase Fox’s local broadcasting affiliates, according to people familiar with the negotiations.

In addition to the movie studio, TV production and international assets such as Star and Sky, Disney would also add entertainment networks such as FX and National Geographic.

Fox’s motivation for examining selling off everything but news and sports can be read in a few different ways. One is that Fox believes most in the future value of news and sports compared to entertainment, and there’s some logic for that given the challenges movie studios and non-sports television networks are facing. (Sports television is obviously facing major challenges too, but many of those carry over to non-sports networks and programming, and sports does far better on the ads front as its commercials can’t easily be skipped.

Another interpretation is that Fox figures they’ll get the best price for these other assets, and/or that concerns about the future of sports rights make it too difficult to sell those assets. And a third view is that Fox isn’t as concerned about what they’re selling as who’s buying it; there are only a few companies with the resources to pick up media properties on this scale, and less that would have much interest, with Disney perhaps at the top of that list. So maybe this isn’t as tailored to what Fox wants to keep as to what Disney could buy without triggering antitrust issues (so, not Fox Sports because of ESPN, and not the Fox broadcast network because of ABC). And the general logic of “you need scale to succeed in entertainment” makes sense, as that’s also been cited as a factor in the pending AT&T-Time Warner deal.

If a deal like this did happen and did receive regulatory approval, it could have some significant effects on sports. For one thing, Sky would be reportedly included in the sale, which would dramatically expand Disney’s overseas sports presence. Beyond that, acquiring Fox’s movie studio, FX, and National Geographic would give Disney a whole new lineup of TV and movie rights, and that could potentially be rolled into their planned non-sports streaming service (currently planned for a 2019 launch, a year after the ESPN streaming service rolls out, and expected to feature Marvel and Star Wars properties as well as other Disney content).

That doesn’t impact sports directly, as the sports streaming service will be separate, but this would make Disney’s service a more robust competitor with the likes of Netflix, and would give Disney even more reasons to emphasize streaming and selling their content direct to consumers rather than through cable and satellite providers. We could even see some pricing deals combining their sports and entertainment streaming services, an over-the-top version of the old cable bundle without anyone in the middle between the content provider and the consumer, and that could mean a lot in terms of helping the ESPN streaming service gain traction.

There’s also the question of what it would mean for Fox to be focused even more on news and sports. Yes, the Fox broadcast network would still have plenty of non-sports content, but if their TV studio was included in this sale, they’d have to pick up their scripted programming elsewhere instead of in-house. That might lead to a focus on doing even more sports than they currently do, and that’s even before you consider to the apparent corporate emphasis on sports here. And more resources could perhaps be diverted to sports in a leaner company, allowing Fox to possibly pick up bigger rights packages.

The flip side of that is that Fox would be far less diversified,  and that sports would play far more of a role in their corporate bottom line, for good or for ill. At the moment, it’s rare for sports to be cited as having a major impact on 21st Century Fox overall; it does occasionally happen, with a Credit Suisse analyst citing declining NFL ratings and issues over Fox’s attempt to buy the rest of Sky as reasons to downgrade the stock last month, but it’s not like Disney, where every earnings call becomes a referendum on ESPN.

Fox has some advantages there next to Disney, as so much of their sports involves the broadcast network rather than cable, but the overall impact of sports rights fees and revenues would be under a bigger microscope under this structure. And that microscope has certainly caused some concerns for Disney and ESPN. So it would definitely be interesting to see how a more-focused-on sports Fox would do, and how investors would react.

This plan isn’t close to fruition at the moment, but it’s notable that these conversations have been happening, and the market seems interested; 21st Century Fox stock spiked in a big way Monday following this news, from an opening of $24.43 per share up to $26.60 as of 2:55 p.m. Eastern, while Disney stock also rose from an opening of $98.37 to $100.49. We’ll see if anything further comes of this, but if it does, it could dramatically alter the sports and media landscape.