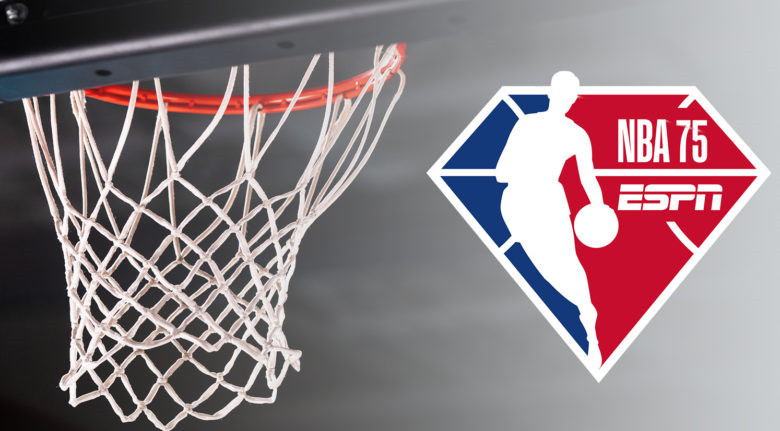 This is a particularly important week for ESPN’s NBA coverage, as they’re (along with ABC) televising the Eastern Conference Finals between the Boston Celtics and Miami Heat, the NBA Draft lottery (Tuesday at 8 p.m. on ESPN ahead of Game 1 of those conference finals), and the draft combine (eight hours of coverage across two days between ESPNEWS and ESPN2 Thursday and Friday). ESPN head of NBA and studio production Dave Roberts, who assumed that role last August, spoke to AA Tuesday about what’s ahead for them, and said he’s thrilled they get to show off all these NBA events even with the potential schedule challenges that brings.

“I don’t view it as a challenge,” Roberts said. “The term opportunity is the magic word. Simply, you have all these marquee events showcasing the NBA and one of the greatest seasons in NBA history, because you just have the kind of parity and interesting storylines and games and series to build just great programming around. And the fact that you have the draft lottery and combine all in the same week just further cements what’s been an outstanding season, with the conference finals and the NBA Finals to come, starting this week.”

That “outstanding season” has come through in ratings, including with the average audience of 7.48 million viewers for Celtics-Bucks Game 7 Sunday, the highest number for an Eastern Conference semifinal game in 10 years. And with the draft lottery in particular, ESPN is showing that right before tipoff of Game 1, so there’s some potential for it both to provide audience that sticks around for the game, and for it to gain audience tuning in early for the game. And Roberts said it’s also building off their other NBA studio programming.

“It follows NBA Countdown, which follows SportsCenter, so it’s all of the major franchises kind of working together to cover the biggest events across the NBA. The draft lottery represents what we’re looking at in terms of the future, what happens next season. There’s a great deal of buildup and positive energy and drama associated with who’s going to be number one in the NBA draft, when that comes up on June 23.”

With the combine, a new feature this year is that all four head coaches (Edniesha Curry, a Portland Trail Blazers assistant coach, Darren Erman, a New York Knicks assistant coach, Mitch Johnson, a San Antonio Spurs assistant coach, and Will Weaver, a Houston Rockets assistant coach will be mic’d up throughout. Roberts said he hopes that helps get fans even closer to the court in this crucial part of the draft evaluation process.

“It will bring a sense of immediacy, a sense of urgency. It takes the fans through the best innovation that we can provide right to the court, so they can experience exactly what’s happening in the moment, as these various teams scout who the next generation of NBA stars will be as we prepare for the NBA draft.”

ESPN studio show NBA Today will be broadcasting live from the combine at 3 p.m. ET on Thursday and Friday, and Roberts said that fits with that show’s focus on presenting the top NBA information daily.

“It’s just another example of just how aggressive the NBA Today team is in a. being the signature daily program for the NBA, which is why we call it NBA Today: every single day there are stories across the NBA that are worth telling that fans just have a huge appetite for. And being on the site of the combine, being on the site of the draft lottery, then going to the conference finals and the NBA Finals along with the Countdown team, it’s just a sign that we’re going to be here en masse and we’re going to own the event and we’re going to make sure that viewers experience firsthand the biggest showcase events of the NBA.”

NBA Today is hosted by Malika Andrews, who’s become a key focal point of NBA coverage for ESPN this year. Beyond her NBA Today work, she does sideline reporting for their game coverage, and she’s set to host the draft lottery Tuesday and to host the actual draft on June 23. Roberts said her preparation makes her stand out.

“One thing that Malika Andrews will do is be prepared. Not only is she an exceptional on-air talent, she’s an exceptional journalist, who is committed to being prepared, well-researched, and ready to cover all angles of a particular story, whether it’s in the host chair for NBA Today or on the sidelines of a NBA game. And she produced some of the best stories that we’ve delivered all year for other shows, including SportsCenter.”

I should’ve apologized in advance ? https://t.co/edq6S22jn6

This year has also seen a shift for NBA Countdown, which now has a regular lineup of host Mike Greenberg, returning analyst Jalen Rose, and new analysts Stephen A. Smith and Michael Wilbon, with Magic Johnson often joining as a guest commentator. Roberts said he likes how that show has done this year, and he thinks the personalities on it are an attraction for fans.

“We’re extremely pleased with the progress that NBA Countdown has produced. When you have marquee, brand-name talent such as Stephen A. Smith and Michael Wilbon, along with Jalen Rose, and hosted by Mike Greenberg, you have quite an A-team there. And you have people who have history with the NBA who fans identify with the NBA. And they also personify the best of ESPN. The show has had a very good year. …It’s been quite a success, but we’re not finished yet, we have to get through the NBA Finals. We’re taking it a day at a time, and the goal is to be excellent every single day.”

A potential challenge for the NBA on ESPN this year is with ESPN also picking up NHL rights. But Roberts said they’ve balanced that well, and having playoff rights to both of those offers ESPN some marketing and cross-promotional advantages they didn’t have before.

“Our programming team’s done an exceptional job. It’s a challenge, but it’s also an opportunity. It’s positioned ESPN as the place for playoffs, for two of the most significant sports leagues in the country, the NBA and the NHL. The stories have been positive, the results have been very good for both sports, and it’s also an opportunity to cross-promote our major shows such as SportsCenter. We’re real pleased with where we are right now.”

Roberts said he’s pleased overall with his first year leading the NBA on ESPN team, and he’s looking forward to what’s ahead this summer and next fall.

“My first year has been a great learning opportunity. We’ve been able to assemble a real good team, and everyone’s moving in the same direction. We have extremely talented people on the air and behind the scenes who are a true team. And as a result, it’s been a very positive season. We’re looking forward to getting through the conference finals and the NBA Finals and into free agency and the draft and Summer League and right into next season, because the NBA is year-round. But it’s been a real good year, and it’s been real good to sit back and watch talented people do their thing and deliver positive results in return.”