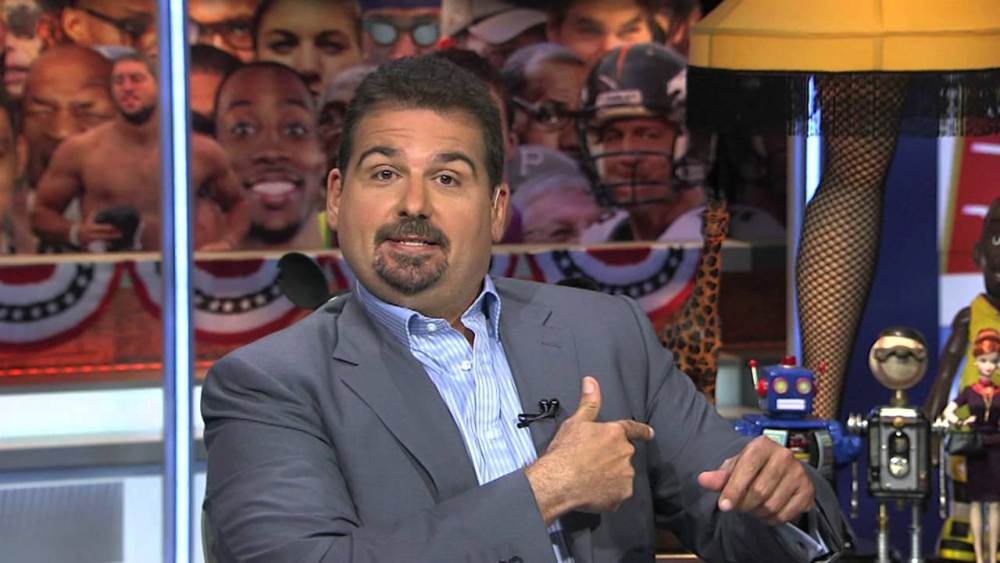 The ESPN airwaves got quite fiery Thursday, with some ESPN-on-ESPN crime to boot. After Dan Le Batard blasted the Lakers’ elevation of Magic Johnson to president of basketball operations on his own show, Keyshawn Johnson, LZ Granderson and Jorge Sedano discussed those comments on their ESPN LA morning radio show, with Johnson accusing Le Batard of making those comments based on race. Here’s the segment, which starts with what Le Batard said on his own ESPN Radio show and then goes into Keyshawn Johnson’s response:

Here’s a transcription of what Le Batard said on his own ESPN Radio show out of Miami:

Johnson then goes in on Le Batard, saying “I can’t tolerate this dude! I can’t tolerate him saying these things about Magic Johnson because his facts are completely wrong! He got a talk show coming out of the NBA because they were trying a late-night talk show with African-Americans, and he’s a guy in the city of L.A. who everyone liked. The talk show business is hard! How many people fail at it?”

Johnson then says being interesting is a perfectly legitimate qualification, and one that applies to Sedano. He then says Magic’s head coaching job was never expected to be for the long haul and that he had a tough time given the roster he was working with, and then goes “Shut up, Le Batard!” Johnson then disputed Le Batard’s argument that Magic failed on NBA Countdown, saying “They moved Countdown to LA for him! And then they got him back again! And they want him again! What are you talking about? You sound stupid!”

Granderson then says “To characterize Magic Johnson’s success since retiring as simply him being smiling and charming, and totally paying no attention to his expertise, his intelligence, his ability to understand, his ability to see things in a full context and put people in place in order to be a successful businessman with a net worth of almost $800 million, you keep saying he’s getting handed these opportunities because he’s smiling and charming. This is more than just smiles and charm. He’s an intelligent, talented expert in his field. I kind of get what Dan wanted to say in terms of bypassing other people who may have been more qualified at the time, but don’t pretend the only reason Magic got those jobs is because he’s smiling and charming.”

Johnson then accuses Le Batard of making these comments based on race, which Sedano disputes:

Sedano: “If you are insinuating that Dan is like being prejudiced here …”

“Sedano, I’m on my way to the airport, flying out with Magic. … But anyway, Sedano, you’re pissing me off. You gotta stop defending this Le Batard, because I heard the same thing as Key and LZ, and it’s pissed me off as a black man. Let me give you some names, Sedano: guys named Elway, Kerr,  Ainge, Bird, McHale.”

“…How dare he question Magic’s credentials and qualifications, when this man is a basketball genius. What does he want, he calls him popular and charming, what does he want, to step and fetch it, does that what he thinks he is, shuffling around and not being successful at everything he accomplishes in life. That ticked me off when I heard that, I’m with you Key, that was some kind of veiled racist comment there.”

It’s worth noting that Johnson wasn’t the only ESPN colleague going after Le Batard Thursday. Michael Wilbon also went in on this on Twitter:

So LeBatard bases Magic's worthiness on a failed talk show and failed coaching career but not the 25 years since of success in business?

A failed talk show indicates more about Magic as a boss of basketball than building and running numerous successful businesses?

Did the electricity go out in LeBatard's studio the last two decades to the point he can't even acknowledge the vast successes?

If you're going to publicly weigh the pros and cons of what a man has done then weigh both, not just the part that supports your argument…

So yeah, plenty of ESPN colleagues aren’t happy with Le Batard’s comments here. Bristol’s often clamped down on criticism of colleagues; it will be interesting to see if they do anything about this situation.