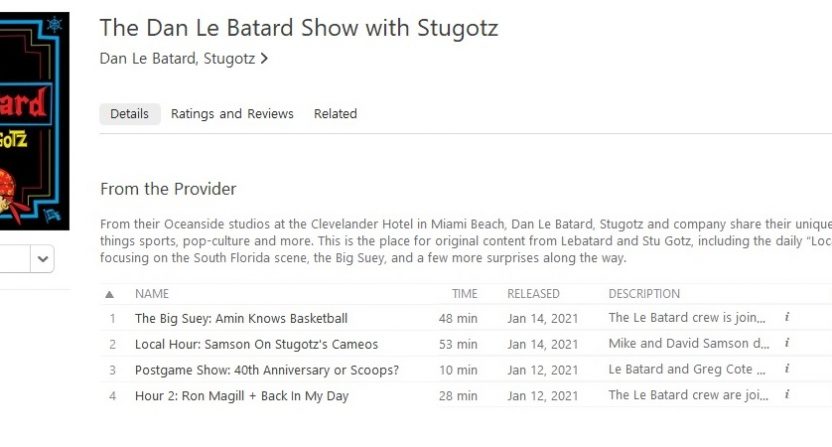 When someone leaves a network, sports or otherwise, they often lose access to fans on podcast and video platforms. Sometimes, channels and feeds are left to wither and die. Other times, they’re rebranded, sometimes to a relevant and related brand (like when SB Nation flipped their @SBNationCFB account into the Banner Society branding) and sometimes not. And then there are the occasions where the old feeds are simply killed outright, which you usually see when an employee (or brand) is let go under spiteful or justified circumstances (or if the company has no idea what they’re doing with their digital strategy).

As digital media continues to expand and grow, and employment at specific companies becomes more static, it’s more important than ever for employees to keep controlling their online brands. We’ve seen some public disputes about Twitter accounts before. Most notably, a Virginia newspaper sued a former employee when he left for The Athletic and took his Twitter account and all his followers with them (the suit, and the employee’s countersuit, was dropped).

When Dan Le Batard left ESPN last week, one thing we didn’t even think about was the status of the podcast feed of The Dan Le Batard Show With Stugotz. Would he have to start a whole new feed and rebuild his listener base, or would he be able to keep all of his existing subscribers?

After all that, it’s the latter. Via Sportico, Le Batard not only kept his podcast feed, but also negotiated a lease for the studio he used while at ESPN.

As part of his severance from the Disney unit, Le Batard negotiated for the RSS feed to his podcast, according to multiple people familiar with the talks. It’s allowed the talk show host to maintain continuity with his followers, without requiring them to re-subscribe to a new show.

The RSS feed, in layman’s terms, is the podcast’s connection to its audience. When listeners subscribe to a podcast on iTunes or Spotify, they’re committing to have new shows delivered to their phones via the RSS feed. By retaining it, Le Batard was able to maintain his loyal—and sizeable—audience. He’s also kept the 23,000-plus reviews that give his podcast a valuable 4.8-star rating on iTunes.

Essentially, instead of having to build up his audience from the ground floor, Le Batard was able to import that whole audience from his ESPN days, which is huge for him. If this rumored venture with former ESPN president John Skipper ever gets off the ground, Le Batard already has a built-in audience ready to rock and roll. Others who left ESPN in recent years for greener pastures and new outlets, including Bill Simmons and Colin Cowherd, did not have that luxury.

The future of the feeds and channels of prominent sports media personalities who change employers in 2021 is definitely going to be something to keep an eye on. Will larger networks be amenable to letting the channel move on with the personality, like ESPN did with Le Batard, or play hardball? Every case won’t be the same, but if what we’ve seen with Le Batard is any indication, those personalities with larger, more devoted followings are going to try to keep their audiences as close to them as possible.