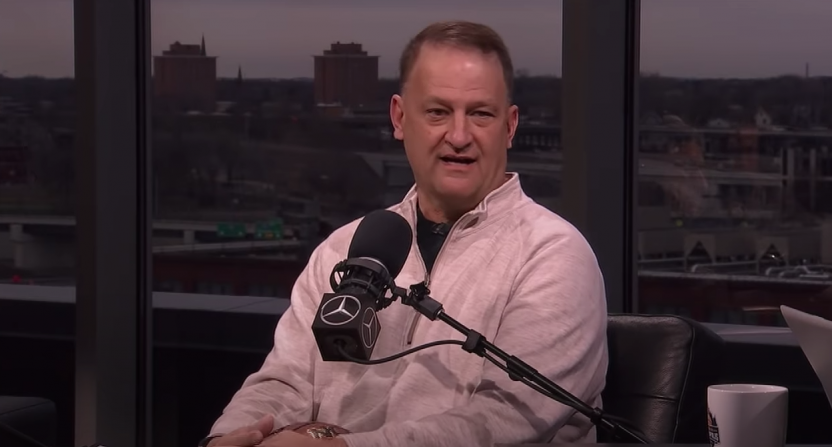 ESPN released their college basketball schedule for this week this afternoon and to the surprise of us and others, Dan Dakich is scheduled to call two games this week. Per ESPN’s schedule, Dakich is set to call Kent State at Buffalo (perhaps that is a punishment?) on ESPNU on Friday and Virginia at Louisville on Saturday.

There has been a groundswell of outrage towards Dakich in the wake of his latest Twitter and radio escapades last week. This latest episode followed Dakich’s usual content recipe of searching out people to argue with on Twitter (this time about Jalen Johnson leaving Duke midseason) and then recapping and presenting those Twitter feuds on his local radio show in a way that often leads to Dakich’s listeners lashing out at those involved in Dakich’s beefs.

ESPN commented over the weekend by saying “We are taking this matter very seriously and are in the process of looking into it.”

We’re now told that ESPN addressed the situation directly with Dan and made their concerns clear to him. So basically, he went to the principal’s office and was presumably told to cut it out.

Will that result in Dakich in being less prone to these incidents? I’m extremely skeptical this talk with ESPN will do much, but with that being said, Dakich is off of Twitter, so perhaps that will rein in his negative tendencies.

At the heart of the issue is the idea that ESPN can seemingly look past what Dakich says online and on his radio show, and continue to employ him as a national college basketball analyst. While an acquired taste on television for some (or perhaps many), the overall amount of criticism he has faced (which is consistent and significant) has largely been because of comments he’s made either on Twitter or on his radio show. This isn’t a problem specific to Dakich and ESPN, as FS1 (among other networks) walks this tight rope particularly often, with many personalities being far more controversial online or on radio than on television.

For now, ESPN has opted to soldier on with the relationship. I’d imagine Dakich is on his second strike at this point, which could mean a Curt Schilling-esque departure could happen the next time shit hits the fan. Or maybe (just maybe), Dakich could find the self awareness to dial back some of his most consistent and worst impulses, which seem core to his personality and are celebrated by his radio listenership. Either way, it’s a calculated, and perhaps risky, roll of the dice for ESPN, who seem to have erred on the side of avoiding a cancel culture debate and backing talent they have a long history with.