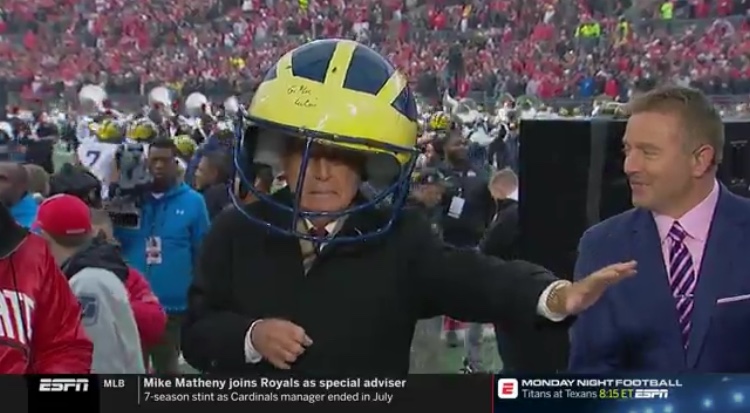 It’s rivalry week in college football and I’m eating it up like Rece: 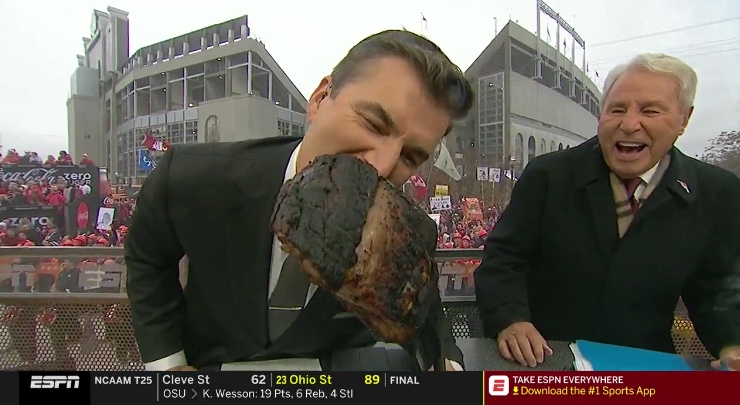 During this holiday weekend, we’ve already been treated to a snowy Apple Cup, a defense-optional Oklahoma-West Virginia game, and Virginia absolutely crapping the bed against a terrible Virginia Tech team. But all of those rivalries pale in comparison to Michigan-Ohio State, the site of this week’s GameDay.

The cold, drizzly Columbus weather is the perfect backdrop for this no-love-lost rivalry. Michigan leads 58-49-6 in the 114-game series, but has lost the last six meetings. This is an especially important game for Michigan head coach Jim Harbaugh as this season has been a Kill Bill-ish revenge tour to right the wrongs of 2017. Having already beaten Wisconsin, Michigan State, and Penn State this year, Ohio State is the last target on the list.

Picture Harbaugh in a maize convertible breaking the fourth wall as he utters “I roared. And I rampaged. And I got bloody satisfaction. I’ve beat a hell of a lot of football teams to get to this point, but I have only one more. The last one. The one I’m driving to right now. The only one left. And when I arrive in Columbus, I am gonna beat Ohio State.”

There is an added twist of drama as it’s rumored to be Urban Meyer’s last season at Ohio State, so this could be Harbaugh’s last chance to get one over on his foe. 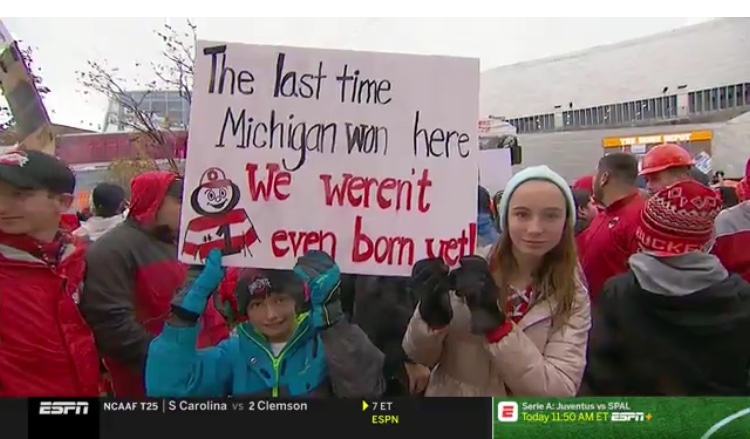 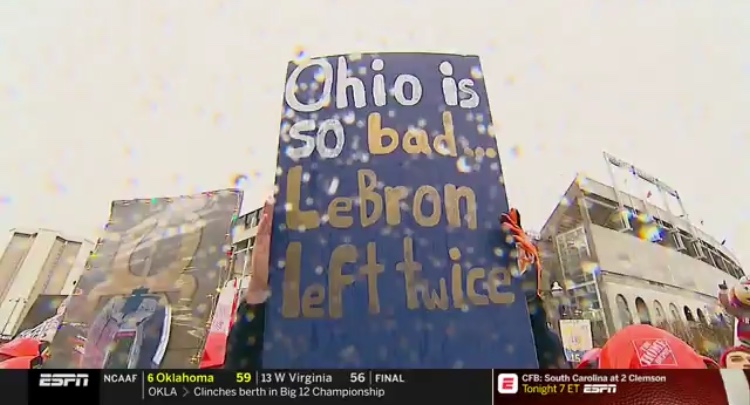 Cold as a midwest winter.

Guys. Is there any need for that?

The Best Damn Band in the Land
I’m not a fan of traditional marching bands, but I’m genuinely impressed with Ohio State’s. The dinosaur is on point and the Floss is a thing of beauty. Or maybe I’m just easily impressed because my team’s band (Stanford) plays kitchen sinks and old pots and pans while running around like drunk uncoordinated white people.

It Finally Happened: Nick Saban Smiled
Look! I have proof: 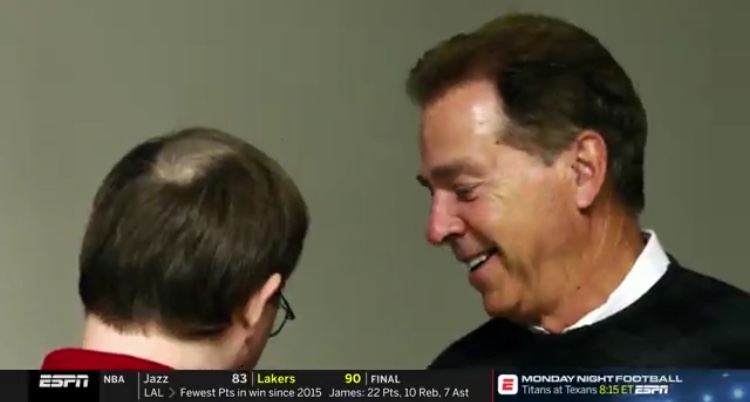 Here he is being a human while interacting with Walt, Alabama Super Fan, whom provides the team with predictions before each game.

You Had One Job Winner

That’s an actual thing that happened in an NCAA football game, lest you think I posted a video of my family’s Thanksgiving Day backyard scrimmage.

Bear’s Trivia
If this team allows at least 56 points today, they will have the honor of being the worst defense of all time.
[Answer at end of the post]

Guest Picker
I guess GameDay felt the need to ratchet up the level of douchebaggery, so naturally they brought in subject-matter expert, Bryce Harper. And not only does he still have that stupid beard, but he’s also wearing the second worst Ohio State jacket I’ve ever seen.

Who needs that other dude’s pick when you have this guy on your side 👇#GoBucks #BEATTTUN pic.twitter.com/3iSjrrwXIP

In case you’re curious, the Alabama of bad Ohio State jackets is here.

My favorite part of this episode is when Bryce picks the Ragin’ Cajuns because he “likes the name” which is exactly how I won my March Madness pool in 2004 when I didn’t know shit about shit.

Corso’s Headgear Pick
Desmond and Herbie picked Michigan, citing Ohio State’s defensive woes (squints at the game currently being played and thinks they might be wrong). Corso dons a Michigan helmet that looks like it would only fit William “The Refrigerator” Perry or Paul Bunyon and then strikes the Heisman pose like the badass he is. Bryce went with his wife’s alma mater in OSU.

Trivia Answer
UConn. What a dreadful stat. With a defense that bad, they should be traded to the Big 12.